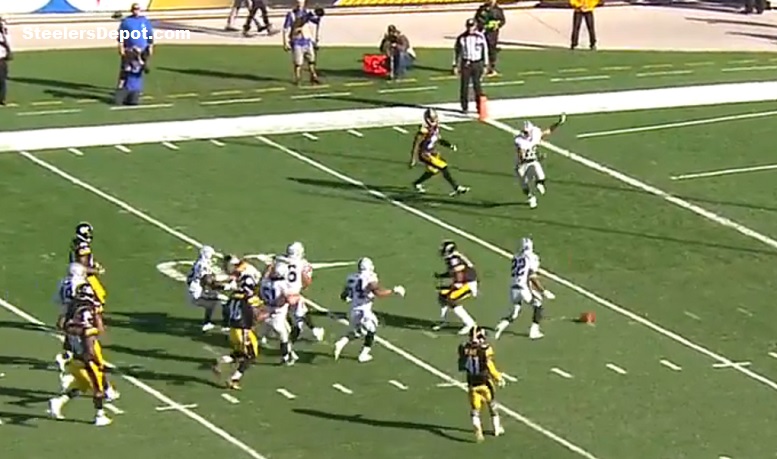 The Pittsburgh Steelers didn’t get the shot in the arm they were hoping for in their return game this past Sunday after claiming veteran Jacoby Jones off waivers from the San Diego Chargers on Thursday and because of that, head coach Mike Tomlin said Tuesday during his weekly press conference that he’s not ready to say whether or not he or wide receiver Antonio Brown will return punts this week in the team’s home game against the Cleveland Browns.

“We’ll see,” said Tomlin when asked if Brown will be the team’s punt returner moving forward. “I’ve got both guys with Pro Bowl credentials and I’m sure they’ll both sit around the cafeteria and talk about their greatness. It’s a good problem to have. I’ll spin the dial, we’ll see which one we choose.”

Tomlin admitted Tuesday that Jones was forced to ad-lib Sunday against the Oakland Raiders after not being able to practice with his new team prior to the game. With that said, Jones only returned two of the six punts he was on the field for against the Raiders for a total of two yards. Two of those return opportunities he let bounce inside the Steelers 10-yard-line and both were downed as a result.

Brown replaced Jones on the seventh and final Raiders punt in the game but he fumbled that lone opportunity after being hit immediately following the catch. The Raiders recovered that fumble.

“Excited about having Jacoby with us,” said Tomlin. “Not a lot of work leading up to the game with him. Excited about getting a week’s worth of preparation with him in our kick return game to watch the impact that he might have. But he provided great energy. It was good to have him in the fold.”