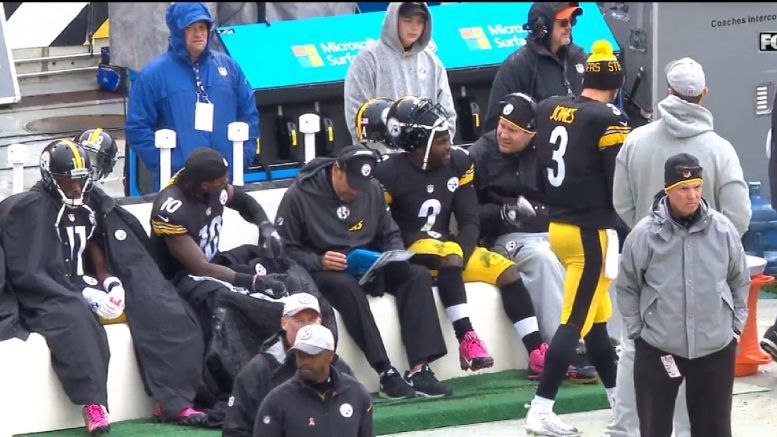 When the Pittsburgh Steelers take to the stadium on Sunday, I will be looking out for the names of two players who will have no business seeing the field, and the place I will be looking at is the inactive list.

More specifically, I am interested in seeing whose name is on the list, and whose isn’t. third-year Steelers quarterback Landry Jones has spent the past five games on the active roster, the first five such games of his career, but that has been the result of injuries.

For the first time since the third game of the season, the Steelers’ top two quarterbacks on the depth chart to begin the regular season—Ben Roethlisberger and Mike Vick—are both healthy. Roethlisberger returned last week after missing four games.

As for Vick, he took over for Roethlisberger late in the third quarter of the team’s third game, starting the next three games until he suffered a minor hamstring tear on a scramble early in the second half of that third start.

Jones started the next game before giving way to Roethlisberger’s return, but Vick had been out for the past two weeks, barely practicing and on the inactive list.

But many believe that Jones outperformed Vick during his approximately six quarters of playing time, even if he ended up throwing two interceptions and losing a fumble on a game-clinching sack against the Chiefs.

And the fact is that after that game he moved up to second-team on the team’s depth chart posted on their website, but it is unclear whether or not that listing was merely spurred on by injury or if it was an official shifting of the pecking order. After all, much about depth charts are to be taken with a grain of salt when it comes to seeing how it plays out on the field.

The answer to the question could have implications for the future. If the Steelers anoint Vick the backup, it will be the less encouraging answer moving forward, as he figures to be riding out perhaps the last season of his career, having been signed only due to injury during training camp.

If the Steelers believe that Jones is ready to assume the backup role to Roethlisberger on a full-time basis, then it would certainly be a positive indication that the organization believes in him, and putting him on the active list over Vick would be a step in that direction.

Jones is far from a finished product, and may never be the best option as the backup, but he did manage the offense reasonably well, and he did have a first-time left tackle blocking for him. He clearly had the team’s support based on their comments after his NFL debut, likening him to Roethlisberger’s younger brother. That has to count for something—right?