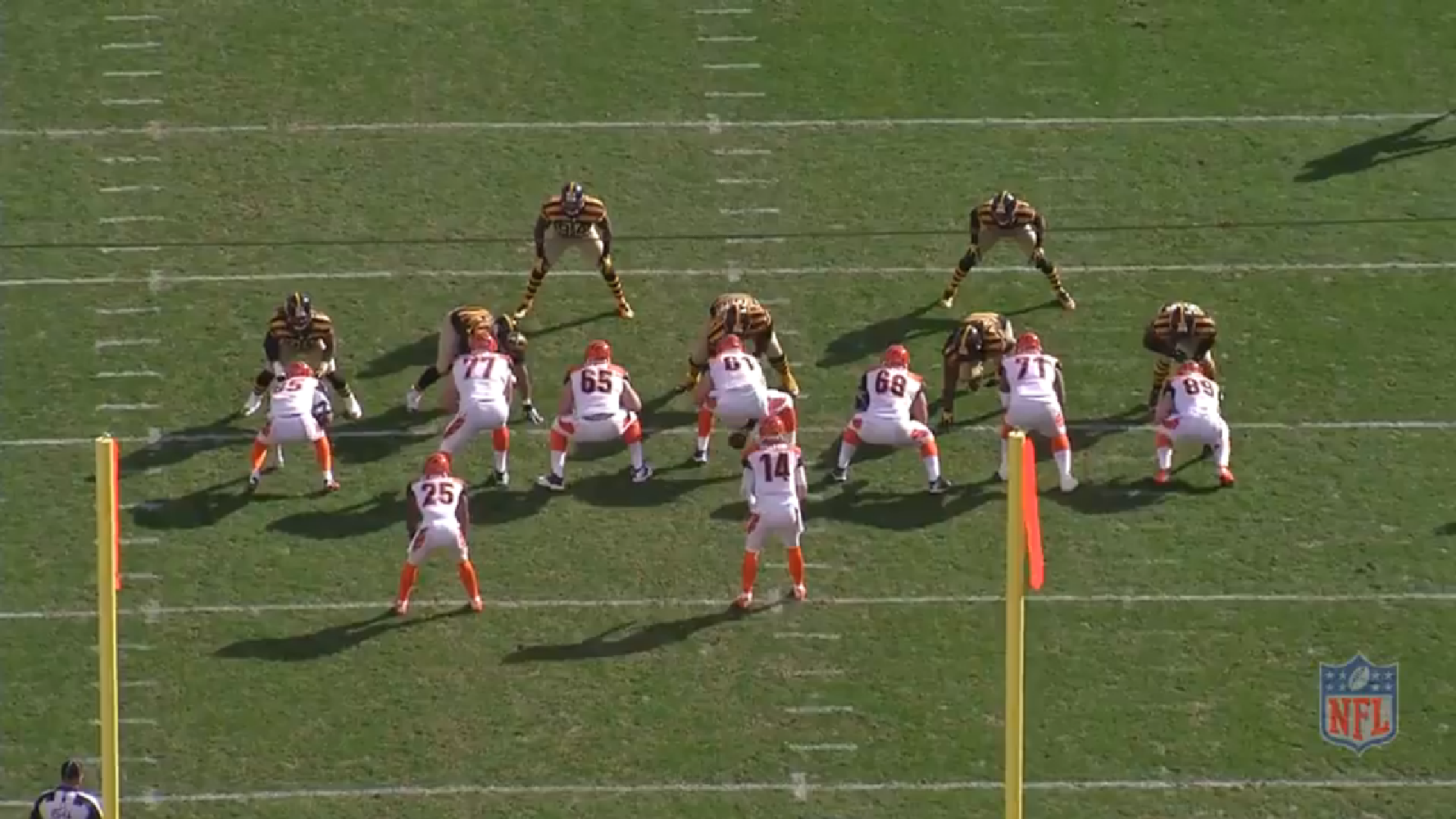 When the Pittsburgh Steelers defense first took the field on Sunday against the Bengals, they did so in the nickel, which, according to our charting, the Steelers have used approximately two-thirds of the time this season.

And they did so with nose tackle Steve McLendon on the field, who slid over to left defensive end for the couple dozen or so snaps that actually came out of the base, 3-4 defense. While he did not technically start at defensive end, since the Steelers did not open at end, it was his first game in which he was essentially a starting defensive end, logging zero snaps at nose tackle in the game.

Since moving into the starting lineup at nose tackle in 2013, McLendon has logged 27 starts in 34 games, but this is the first time he’s been on the field for the first snap in a sub-package look.

He can thank his mentor, Chris Hoke, for instilling him the skills and mentality necessary for having such flexibility. And he can potentially thank the future Heyward if he gets another opportunity to start a game at somewhere other than nose tackle tomorrow.

While his start in the nickel on Sunday was prompted by the fact that Stephon Tuitt was out with a knee injury, Cameron Heyward’s wife is due to have a baby any minute now, and if that time comes on Sunday, he has already very commendably noted that he will be there to see his child born.

Should he miss the game, it figures, based on this past Sunday, that the Steeler would entrust the right defensive end spot, as well as one of the two primary nickel lineman roles, to McLendon, in favor of Cam Thomas, who started in place of Tuitt two weeks ago, but logged just a dozen snaps on Sunday.

We have already discussed in a couple of articles earlier in the week the development of this situation, of McLendon returning on occasion to the defensive end position, logging snaps there in practice this year after having been limited to nose tackle more or less for the past several years.

But like Hoke, McLendon prides himself in his ability to play any position along the line, to play it well, and to play at a moment’s notice, as the now-retired Steelers commentator did so successfully for a long career as Casey Hampton’s reserve.

Hoke was not just a backup nose tackle. He regularly logged snaps in a rotation as the fourth defensive lineman at any spot along the line, whenever one of the three starters needed a breather, because he had the skills, intelligence, and body type to play at any spot at a competent level.

While the Steelers are technically a base 3-4 team, and McLendon is technically the starting nose tackle, the reality is that the team plays so little base defense this year that the nose tackle position has become a sub-package, rotational position—the role that Hoke served for a decade. Perhaps McLendon is following in his footsteps now.