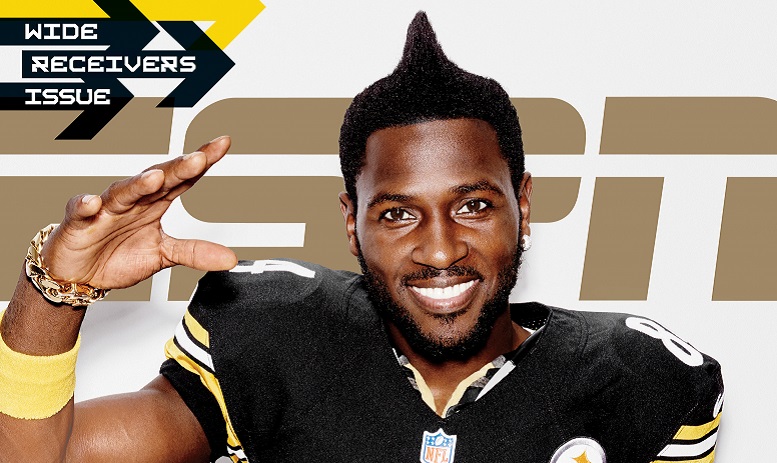 Pittsburgh Steelers wide receiver Antonio Brown is about to become a cover boy.

According to Bill Hofheimer, Brown will be on the cover of the next issue of ESPN the Magazine.

Brown, who entered Week 11 as the league’s leading receiver in yardage, is coming off of a two-game span that saw him catch a total of 27 passes for 423 yards and two touchdowns. While he was two catches shy of the NFL record for two games, he did set a new Steelers franchise record. He also set the internet on fire with his forward flip into the end zone for a touchdown late in the Steelers win over the Cleveland Browns.

During the offseason, Brown was one of four finalists for the ‘Madden 16’ cover which was eventually won by New York Giants wide receiver Odell Beckham Jr.

In Week 12, Brown will be going up against the Seattle Seahawks and that means he’ll likely be lined up against cornerback Richard Sherman quite a bit in that game. Brown is currently on pace to catch 126 passes for 1,826 yards this season. Last year he set new career and franchise highs in both receptions (129) and receiving yardage (1,698).