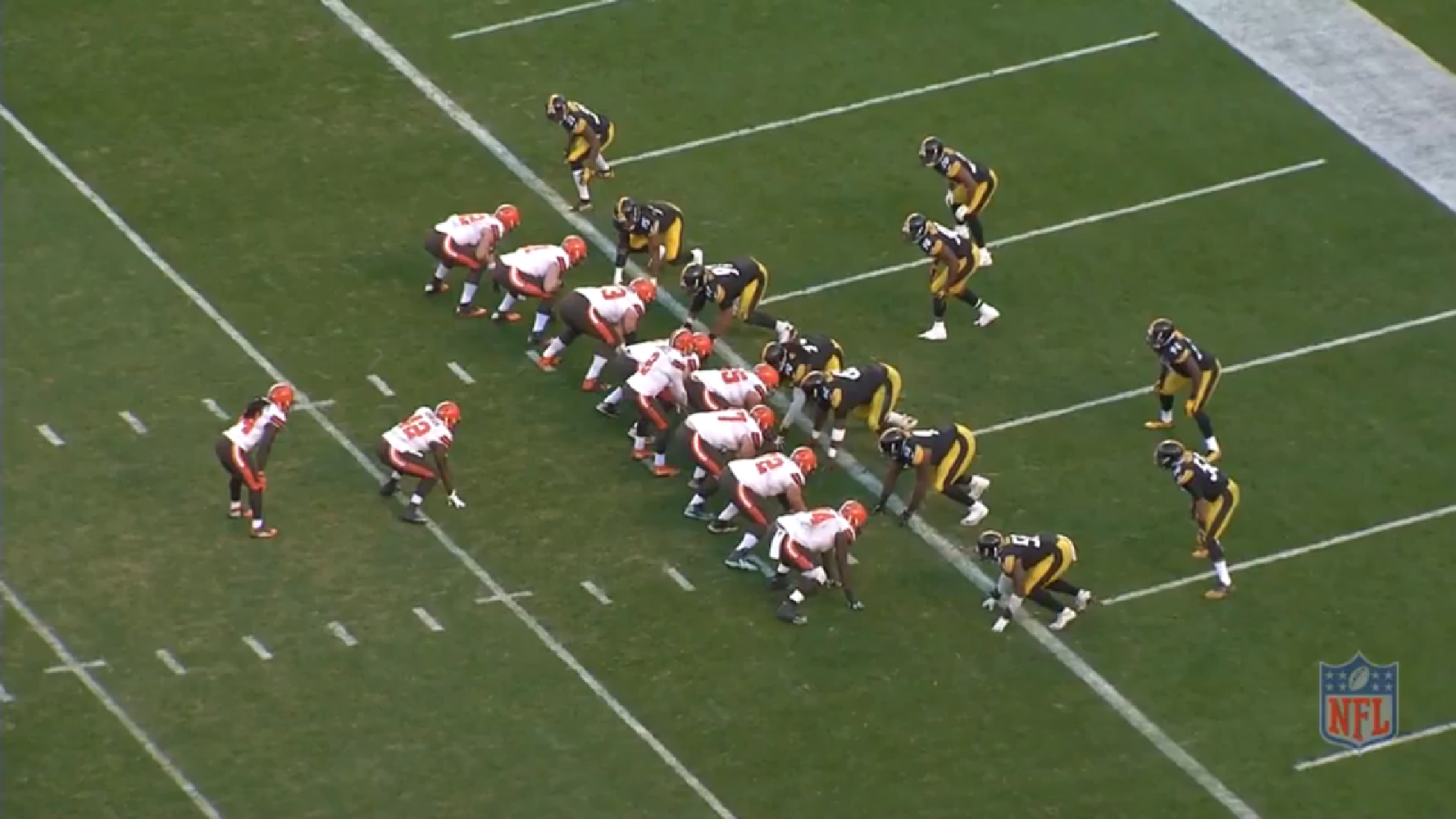 The goal line package is not something that the Pittsburgh Steelers use very often, which should be taken as a good sign. It is a specialize set of personnel designed to best defend against an opponent that is very near the opposite goal line in preparation to score a touchdown.

Based on our charting, we have the Steelers utilizing the goal line defense, whose key feature is an absence of cornerbacks, as well as four true down linemen, a total of just 13 times during the first 10 games of the season.

So when the Steelers made a personnel change in how they defend opponents in goal-to-go situations or near the goal line three games ago, it went unnoticed. I picked up the change while reviewing the last game against the Browns, and traced it back to three weeks before, although the team did not use this defense between Weeks Three and Six.

Of course, this is the exact time span missed by Daniel McCullers, the team’s backup nose tackle and one of two defensive tackles, along with Steve McLendon, that the Steelers use in their goal line package.

The question that remains is whether or not this shift is temporary, or permanent, because it has directly coincided with another injury. Terence Garvin was a fixture in the goal line defense during the first two weeks of the season, where the Steelers trotted out that package a total of eight times.

Garvin was the sixth linebacker on these occasions, with Pittsburgh using four inside linebackers, including the starters in addition to Vince Williams. With four linemen and six linebackers, that left just one safety, in this case Will Allen.

Since Garvin’s injury, on the five occasions in which the Steelers ran the package, they have used two safeties and five linebackers. Equally interesting is that Mike Mitchell was never on the field, for any of the 13 goal line snaps. He’s simply not part of the package.

With Allen out, it was Robert Golden serving as the primary safety, and Shamarko Thomas filled in as the second safety for the two goal line snaps against the Chiefs. Since his return, Allen and Golden have logged three snaps as the goal line safeties.

Another note to make is that the Steelers did not use Sean Spence at any time as in the goal line package. Like Mitchell, he seems simply to not be a part of the package during practice, so if he is the only one available, he will simply not be brought in. With Garvin out, despite having four inside linebackers, they chose to use three.

So what does this mean after the bye week, when Garvin presumably returns from his knee injury, since he did participate in practice on a limited basis? With their full complement of goal line staples accessible to them, will they return to the single defensive back look, or will they stick with two safeties, which should theoretically perform better against the pass?