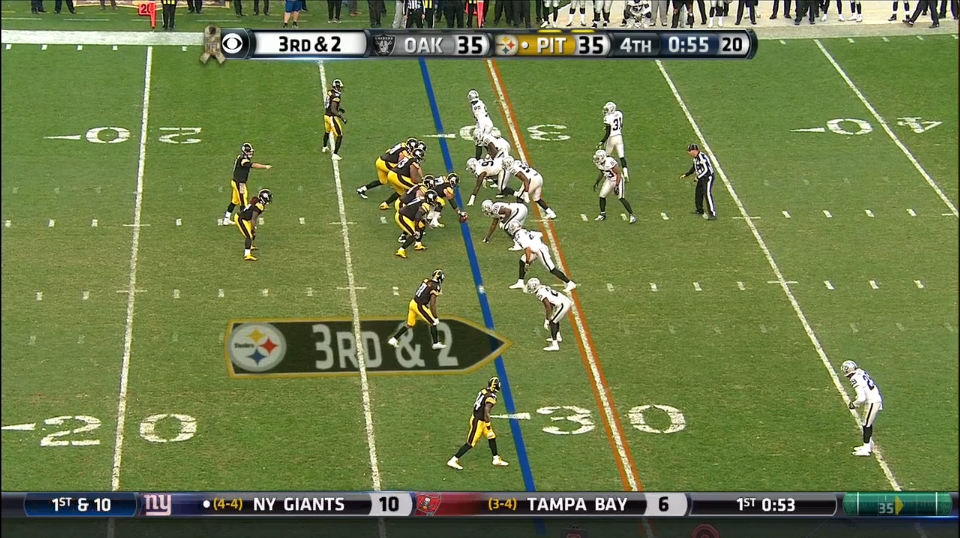 Fast forward to Week 11, as Pittsburgh enjoys the bye week much later in the season than they are accustomed to, and suddenly the remaining six games for Pittsburgh don’t seem as daunting as they did in Week 1.

Seattle’s offensive line is a mess, and coordinator Darrell Bevell has handcuffed talented skill players with questionable play-calling and passive decision-making. Russell Wilson is suffering through a tough season, and the once-vaunted Seattle defense is giving up games in the fourth quarter consistently. The Seahawks will undoubtedly be tough, and will likely be fighting for playoff survival, but Pittsburgh matches up well defensively with what Seattle wants to do offensively, thanks to the fifth-best run defense in the entire league. As long as the Steelers’ offense can improve on key downs, you have to like Pittsburgh’s chances against a Seattle team that is struggling right now.

Indianapolis could be without Andrew Luck when the Colts travel to Pittsburgh on December 6th, which would pit 40-year old Matt Hasselbeck against the Steelers on Sunday Night Football. Regardless of which signal caller gets the start, the Colts offense has been maddeningly inconsistent all season long, and the team is -7 in turnover differential. The Colts defense is rough too, allowing almost 400 yards per game (28th) and 280 passing yards per game (28th). By comparison they were 1st in the NFL in pass defense last year, when Ben Roethlisberger carved them up for six touchdowns and 522 yards.

The Bengals are still one of the best teams in the NFL, but Pittsburgh has won four of the last five matchups in Cincinnati. Is Andy Dalton reverting back to his previous form after a great first half of the season? The Bengals have struggled to finish recent seasons strong, and a tough road date against Arizona this upcomingSunday night could have massive implications for the direction of their 2015 campaign. Obviously Cincinnati should be a lock for the playoffs, but the Bengals haven’t swept Pittsburgh since 2009.

Perhaps no game is more of a question mark than the Steelers home date against Denver five days before Christmas. The Broncos are currently without Peyton Manning and DeMarcus Ware, while Emmanuel Sanders is nursing a host of injuries. Even without Ware, who could easily be back by Week 15, the Broncos host of talented pass rushers will give the Steelers offensive line plenty of issues up front. Denver’s defense is the best in football when healthy, but offensively they are struggling mightily. They don’t protect the quarterback well, can’t run the football (29th in NFL), and now Brock Osweiler and his career completion percentage of 57 percent will be taking the reins until Manning gets healthy.

The Ravens and Browns are both dumpster fires, but the two teams will be looking to play the role of spoiler for the Steelers 2015 playoff hopes. Given Pittsburgh’s propensity to lose to bad teams, I won’t take either for granted.

If Pittsburgh can capture the #5 seed at the very least, it would set up a very favorable Wild Card matchup against the winner of the hapless AFC South, likely Indianapolis or Houston. That’s why I’m not too concerned with whether the Steelers can re-capture the AFC North crown for the second straight season. Just take care of business, get the #5 seed, and peak for the playoffs. The way the AFC is laid out this season, every opportunity is still there for Pittsburgh if they can get hot and start stacking victories coming off of the bye week.