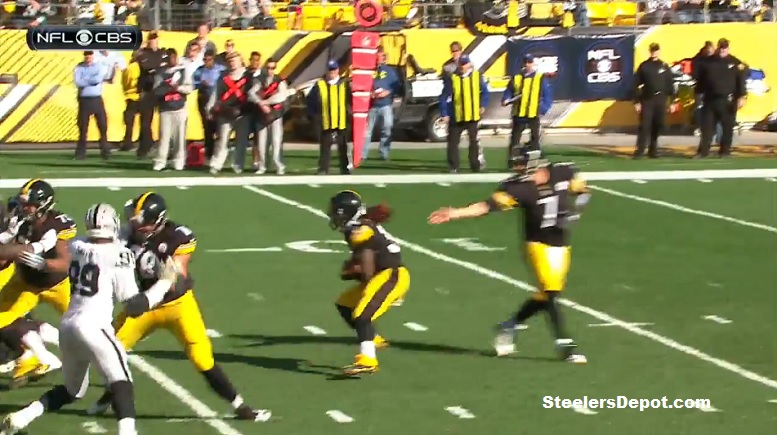 Thanks to their play this past Sunday in the win over the Oakland Raiders, two Pittsburgh Steelers players are now up for the weekly FedEx Air & Ground Players of the Week Awards.

While he failed to finish Sunday’s game against the Raiders due to a left foot sprain that he suffered in the fourth quarter, Steelers quarterback Ben Roethlisberger is one of three plasyers up for the Week 9 FedEx Air Award. Prior to him going down injured, Roethlisberger completed 24 of his 44 pass attempts for 334 yards with two touchdown passes and one interception.

As you can probably guess, Steelers running back DeAngelo Williams is one of three players up for the Week 9 FedEx Ground Award. Williams rushed for 170 yards and two touchdowns in Sunday’s win over the Raiders in addition to catching two passes for another 55 yards.

It goes without saying that Williams deserves to win the award over LeGarrette Blount and Adrian Peterson, the two other running backs who were nominated this week.

You can vote for Roethlisberger and Williams right here and if they win, FedEx will make a $2,000 donation in each of the winning players’ names to the American Red Cross.