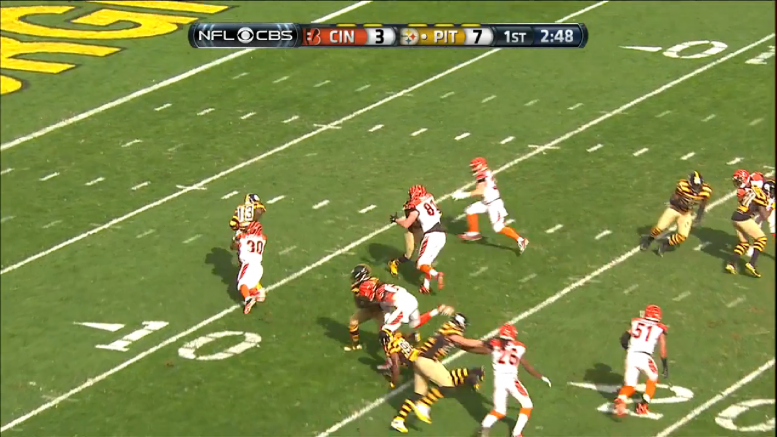 The Pittsburgh Steelers were surprisingly on the transactions list yesterday, not something that can be often said of the typically staid organization, particularly as it relates to making in-season moves by bringing in outside players for reasons other than injury.

That move was of course the acquisition of veteran return man Jacoby Jones, who will no doubt assume the role of the Steelers’ primary kick returner come Sunday, and perhaps eventually take some if not all punt returns as the season progresses.

The aspect of the move that most people who follow the team are more interesting in, however, is the roster spot that Jones is displacing, because in order to make room for the nine-year veteran, the Steelers released wide receiver/running back Dri Archer.

Archer had been a lightning rod the second he was drafted with the 97th overall selection of the 2014 NFL Draft—or at least as soon as people learned who he was. The diminutive college runner had marginal success as a running back, wide receiver, and kick returner in college, harnessing his 4.2-speed to simply outrun his college opponents.

4.2 may be exceptionally fast at any level, but at the professional ranks, it proved more difficult for Archer to elude defenders by simply running past them and being the fastest player on the field.

The Steelers hoped that he would establish himself in the return game, but failed to take a kick return out past the 20-yard line in nine attempts during his rookie season before he was removed from return duties.

Archer was given occasional marginal roles in the offense during his rookie season. Including the postseason, he totaled 39 yards on the ground on 11 carries, posting just one run of double-digit figures at 15. Nine of his 11 carries went for four yards or less, including four carries of 0 or negative yards.

As a receiver, he was targeted 14 times on plays not negated by penalty, catching 10 and dropping one, totaling 38 yards. The alluded-to play negated by penalty proved to be a touchdown in the postseason in the game in which he was used most actively.

In spite of the fact that offensive coordinator Todd Haley talked about wanting to build a role for Archer during the offseason, however, it never came to fruition. He received just three snaps in the season opener, all in garbage time as an extra wide receiver in five-wide sets.

While Archer was able to improve marginally as a returner, flashing better vision, the ability to set up blocks, and less hesitance, the reality is simply that he did not, and would never, have a role on this offense, so it was only a matter of time before he would be gone.

The opportunity to acquire an experienced and proven return man—even on the downside of his career—was a fitting time to displace Archer, who had yet to show the potential to reach that level, and who would never play a role in this offense. If the fact that he was released just days after Le’Veon Bell was lost for the season didn’t tell you that, I don’t know what will.