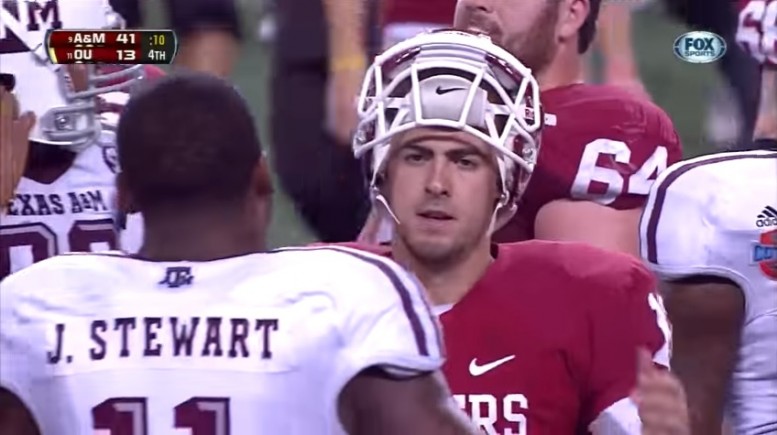 With it looking more and more like we’ll be treated to a Landry Jones versus Johnny Manziel matchup Sunday at Heinz Field when the Pittsburgh Steelers play host to the Cleveland Browns, I thought you might like to flashback to January 4, 2013 and watch the last time these two quarterbacks squared off against one another in the AT&T Cotton Bowl Classic.

While Manziel got the best of Jones and Oklahoma that day in a 41-13 Texas A&M win, the Steelers current backup quarterback did complete 35 of his 48 pass attempts in the game for 278 yards with one touchdown and one interception. Manziel, on the other hand, completed 22 of the 34 passes that he threw in that game for 287 yards with two touchdowns and one interception. Manziel also rushed for an astounding 229 yards and two touchdowns in that game on 17 carries.

If you don’t feel like watching the whole game below, I have the animated gifs of Jones’s touchdown and interception for you. His touchdown pass in that game went to former Steelers wide receiver Justin Brown.

By the way, Gus Johnson (play-by-play) and Charles Davis (color) called that game and it’s really worth watching if you have the time.