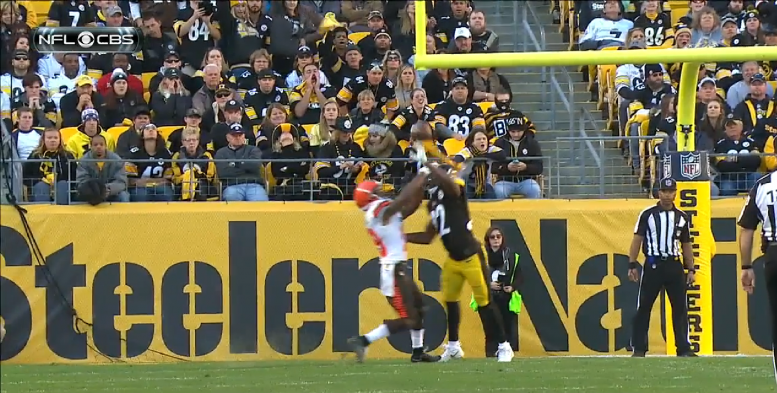 Where might the Pittsburgh Steelers’ 2015 season be if not for the steady presence of William Gay, both on the outside and in the slot? Perhaps in the gutter?

While that may be overstating the case—or maybe not, given the team’s depth at the cornerback position—the fact is that the 30-year-old has been one of this team’s best defenders by a healthy margin since returning the Pittsburgh in 2013.

The savvy veteran rarely gets fooled on a play these days, but even more important, he reads plays so well that he is able to react to passes before the ball is thrown, as he did on a Travis Benjamin screen pass in the first quarter of the Steelers’ last game, on which he made the open-field tackle after a four-yard gain.

Early in the second quarter, with the Browns near midfield, Cleveland ran a run sweep to the left sideline. Gay did an excellent job of evading the blocker and coming up to make the tackle on the back after a gain of just one yard, though the play didn’t count because of a Browns hold.

Late in the second quarter, after a turnover on downs put Cleveland on its own one-yard line, Gay kept his discipline in securing the left flank in the event of a quarterback keeper or some other trickery, but later came in to make sure the runner was down after no gain.

To start the third quarter, playing in the slot on the left side of the defense, Gay broke off his coverage following a completion on a drag route in order to make the stop. The receiver evaded his initial tackle attempt, but was able to trip him up as he tried to cut back upfield.

On a second-and-four pass in the third quarter, Gay’s coverage and awareness helped lead to an incomplete pass. Initially lined up covering the slot, he bailed to the flank as the outside corner dropped back in zone coverage. As the quarterback was forced to scramble, Gay stuck to Benjamin near the right sideline, taking away any avenue for a completed pass.

A few plays later, on the same drive, he did give up a five-yard reception on third and five to Brian Hartline, a receiver much larger than him. Lined up in the slot, Gay actually defended the play well, but the throw was where it needed to be, inside, for the completion.

Midway through the fourth quarter, Gay seemed to have a moment of confusion as to whether he correctly dropped into the flat, but he raced to try to get there after the ball was released, stumbling out of the gate in the process, which helped contribute to a 21-yard gain—in a 21-point game.

He made up for it two plays later with a nice pass defensed on a series that would ultimately end on a turnover on downs, cutting in front of the receiver and getting his body between him and the ball. 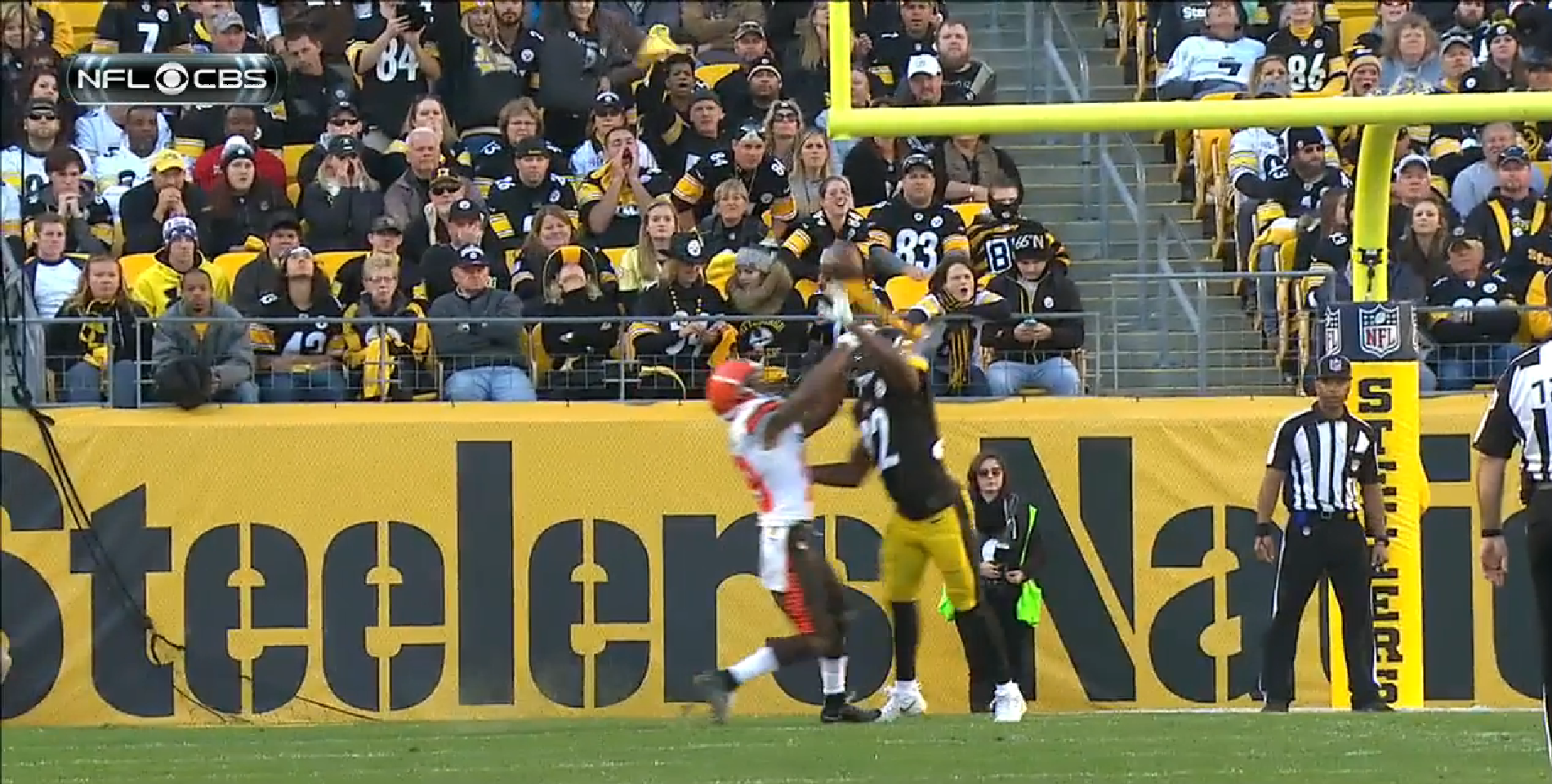 It was easy to single his play out last season when he had three pick sixes. While Gay hasn’t racked up the splash plays this time around, his game overall has been very consistent, and has really welcomed his time back in the slot.