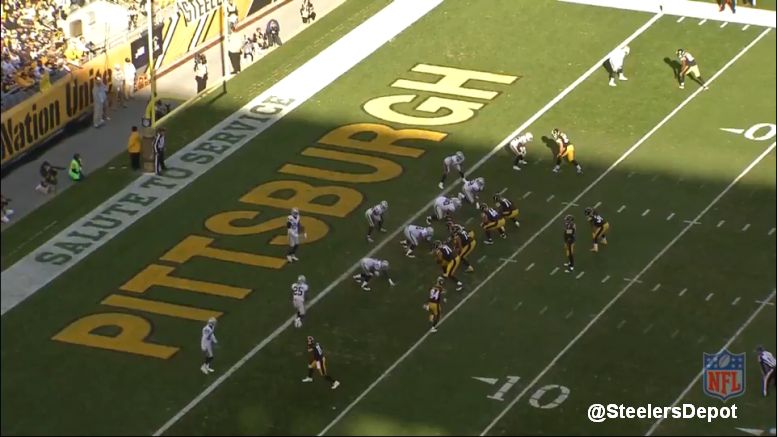 We harp on the ability to pair plays to create a successful offense. Play to play, drive to drive, week to week, every good offensive coordinator has the ability to do so in all three phases. In Sunday’s win over the Oakland Raiders, we saw the week to week pairing from Todd Haley. And both resulted in touchdowns.

I’ll start in Week 8 against the Cincinnati Bengals, the only touchdown the Steelers would have that day. It’s a play we saw several times in training camp in their “seven shots” series. Get Antonio Brown in motion behind the line pre-snap, get him moving on the snap, put the defender in trail, and hit him in the flat for an easy score. 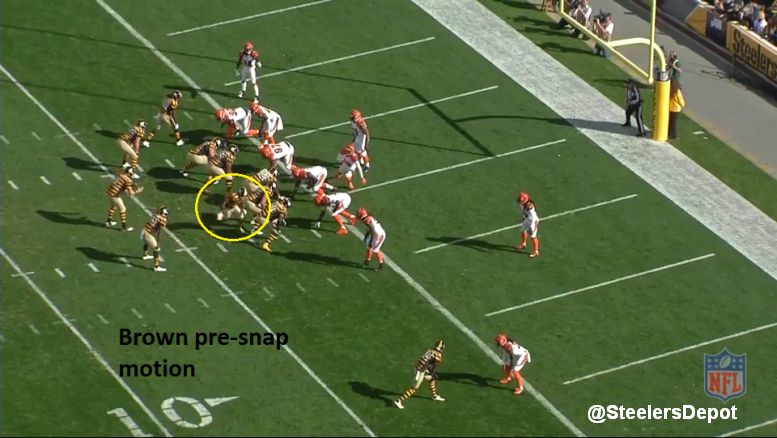 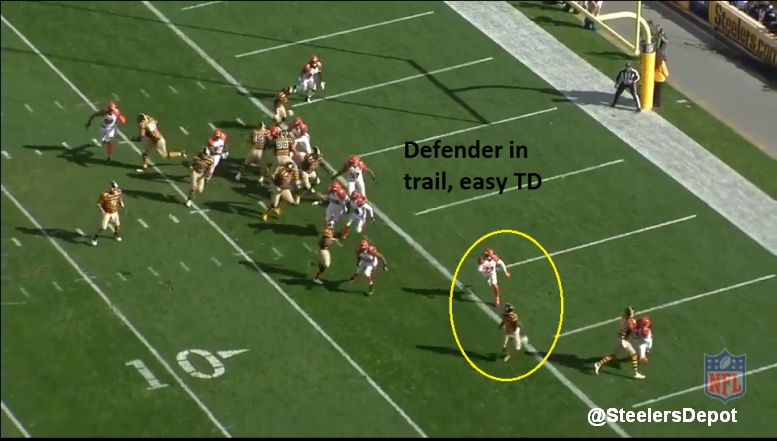 And here’s a GIF of the play to give you the full effect.

Fast forward to this last Sunday. 4th and goal. Money play for the Steelers. It’s a similar look, window dressing for the Raiders. Brown is put in motion, not as frenetically as the Bengals game, but a similar look. It influences slot corner D.J. Hayden and safety Charles Woodson. Hayden begins to follow, and then Woodson calls him off and darts over to cover AB. 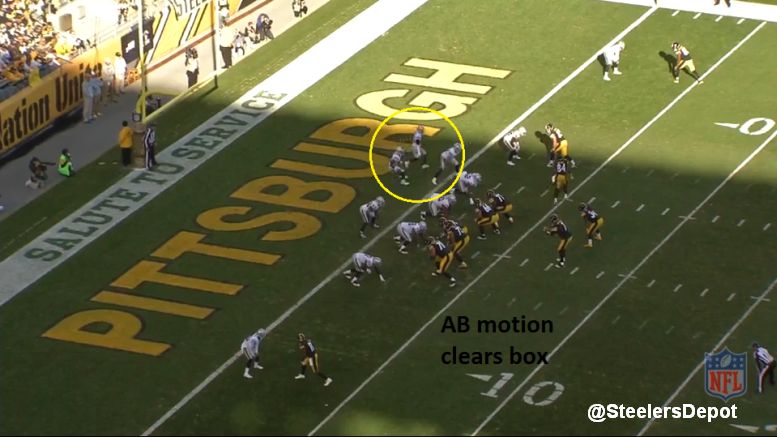 From the end zone view, you can see it even clearer. Watch #24, Woodson, leave the box on Brown’s motion. 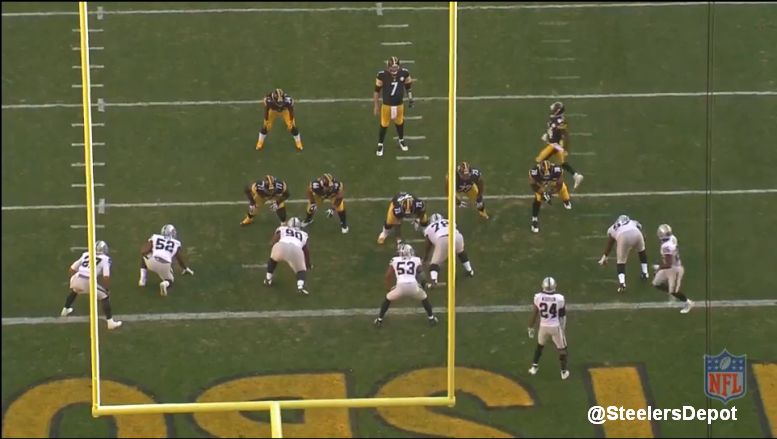 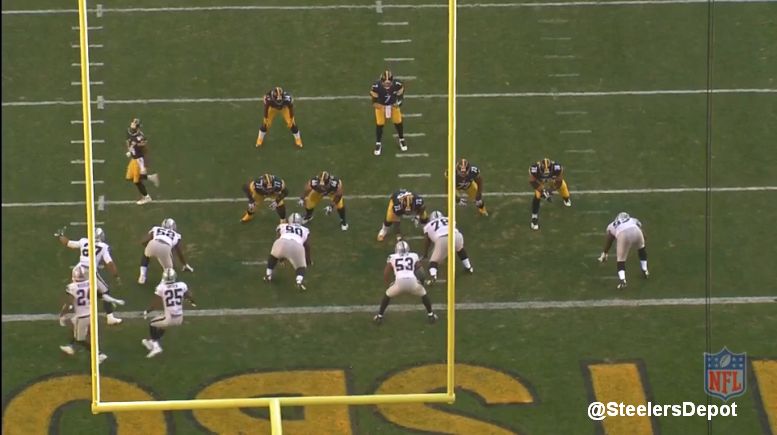 The actual playcall from Haley is an RPO. An option to still hit Brown on a swing route but paired with an inside zone to the offense’s left. The motion helped pull away the corner and the safety, clearing the box from 6 men to 5.

It gives the offense a numbers advantage to the playside, giving DeAngelo Williams enough of a lane to fall into the end zone. Take a bow, D-Will. 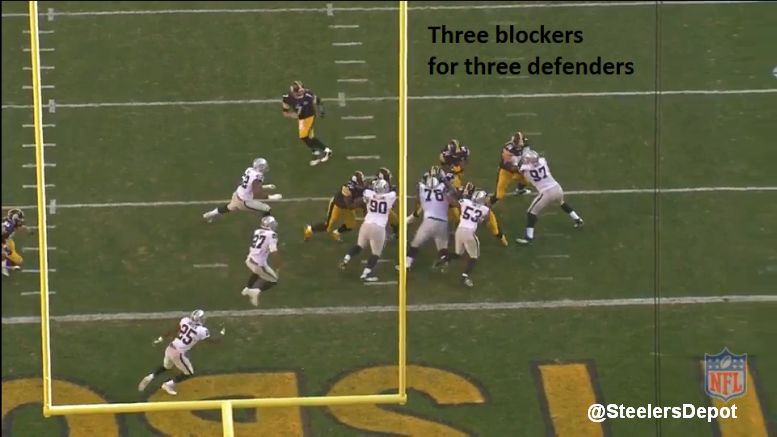 It’s another example of Haley’s best trait. Using one play to set up another. Get the defense thinking one thing and hit them with another. That is what makes an offense unpredictable and so difficult to gameplan for. And when you’re hurting as an offense, the team will have to again figure out how to win without Ben Roethlisberger this Sunday, this kind of creativity is vital to squeezing enough juice out of your offense to win.