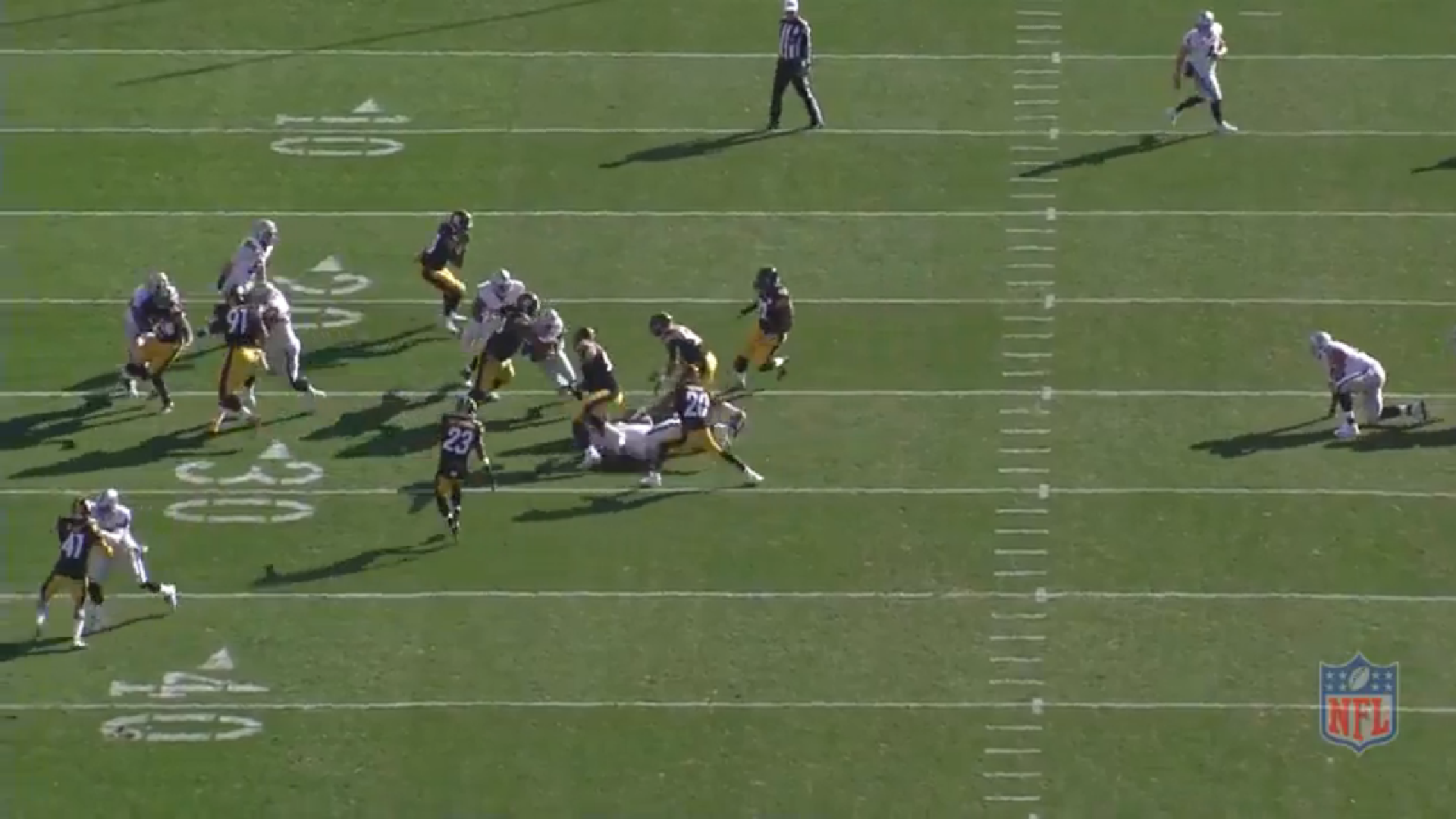 This past week, veteran Pittsburgh Steelers nose tackle Steve McLendon went from playing a career-high 52 snaps down to just 12, after he was moved back inside where he has previously been moved to start at end due to injury.

Of course, that wasn’t terribly surprising, though what was surprising is that the Steelers ran both starting defensive ends throughout the full course of the game, logging all 70 snaps for which the defense was on the field.

I can’t say when is the last time a Steelers defensive lineman played every snap in a game prior to this, but now we have the trivia answer for the next time it comes up. And because they saw so many snaps, and because they played so much in the nickel, that means that McLendon didn’t play much at all.

All of his 12 snaps did come from a base look, seeing no time as a nickel rusher, which was the most common assignment that he drew the week before, during which he recorded his first sack of the season.

McLendon did not see any time on either of the Steelers’ firs two defensive drives, though each lasted just three plays each. His first snap came on first and 10 on the third series, a passing play off of a designed rollout that was dropped.

On second and 10, he showed exactly what his coaches want to see out of him against the stretch run. With the line shifting right, McLendon stayed with the center, making excellent use of his hands to keep his frame free. His discipline helped to force the rusher to cut inside, on which the nose tackle was one of three defenders in on the tackle for a short gain.

Midway through the second quarter, the Steelers presented their augmented 4-3 front, dropping one outside linebacker to the second level and shifting the line down. McLendon lined up as a three-technique between the guard and tackle on the right side. The two linemen combination-blocked him and admittedly drove him off the ball, though the Steelers still successfully defended the run as he occupied two blockers.

Nearly the halfway point of the third quarter, the Raiders were threatening to score, given a first and goal at the one after a 36-yard gain on the play before. The Steelers installed their goal line package with four down linemen, with McLendon lined up directly over center. He was guided out of the play as the defense held the run to no gain.

On second and goal, Oakland took to the air, this time with the center actually able to put McLendon on his back. With the rollout and quick throw to the open tight end, however, he would have not been able to impact the play to begin with. Still, you never want to see your nose tackle put on the ground.

As the game wound down and the Steelers looked to hold on to a seven-point lead, the punting unit was able to pin the Raiders deep, allowing Pittsburgh to bring out their base defense. Once again, McLendon did well to play his gap and force the run outside, nearly getting a hand on the fullback in the process.

On the following play, a second-and-six from the 11, the nose tackle was able to get penetration outside of the left guard, flushing the quarterback into the end zone and to his left, just hoping to connect on a lobbed pass down the right sideline.

Given the way this game played out, I don’t imagine that McLendon should expect to see his snaps increase much going forward barring an injury.