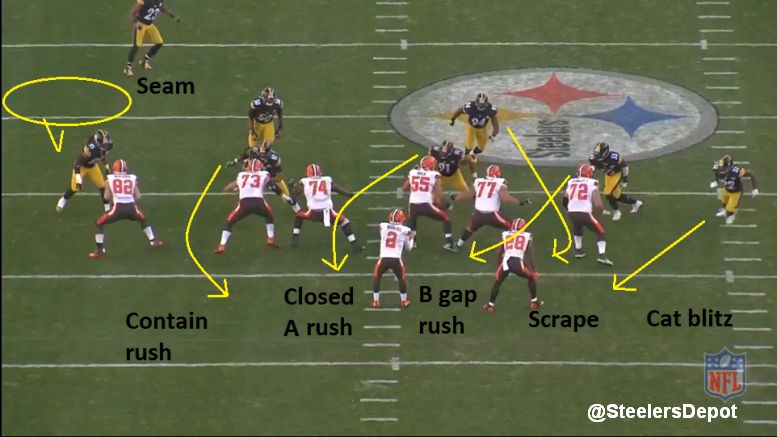 We are back in the film room today. And as we’ve done so many times before, we’re back breaking down yet another of Keith Butler Fire Zone blitzes. Like each previous installment, we will lean on Dick LeBeau’s 2002 Cincinnati Bengals’ playbook to examine their Scare Fire Zone. It created one of many sacks Sunday against the Cleveland Browns.

You get your traditional Cover 3 shell behind it, typical for a Fire Zone. For the play Sunday, there was more of a two high shell but we’re focusing on the blitz concept above all else. Schemes evolve over 13 years.

The Steelers blitz slot corner William Gay and Lawrence Timmons. Jarvis Jones drops into a hook zone. Arthur Moats, Cameron Heyward, and Stephon Tuitt, each scoop down a gap. Moats from the C to B gap, Tuitt into the closed side A gap (ram-read the center), and Heyward containing rushing to the closed side. Timmons scrapes over Moats, as you see in LeBeau’s playbook.

Looks like rookie left guard Cam Erving fails to slide down to the right, creating space between him and Alex Mack for Tuitt to crash through. 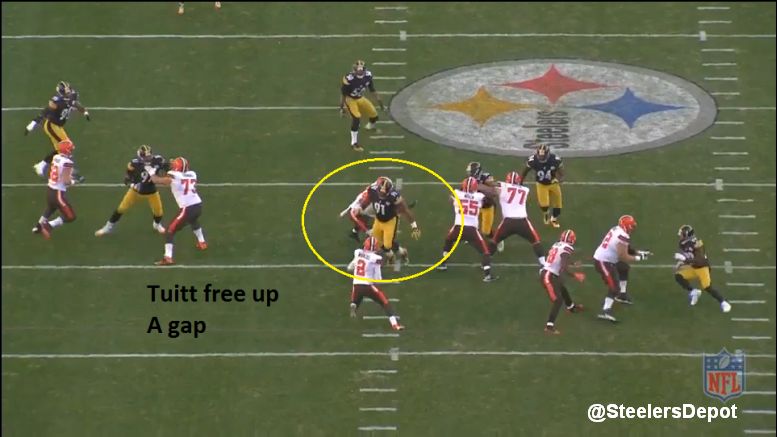 Gets pressure up the middle, forcing Johnny Manziel to try and escape. The contain rush of Heyward traps him and Tuitt grabs the quarterback to toss him to the ground. 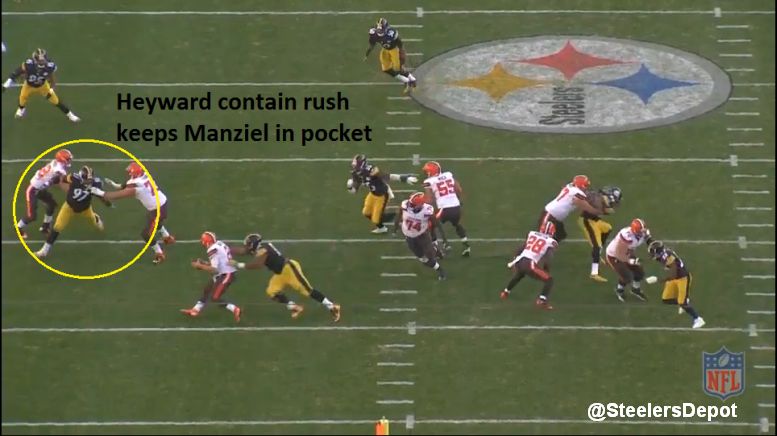 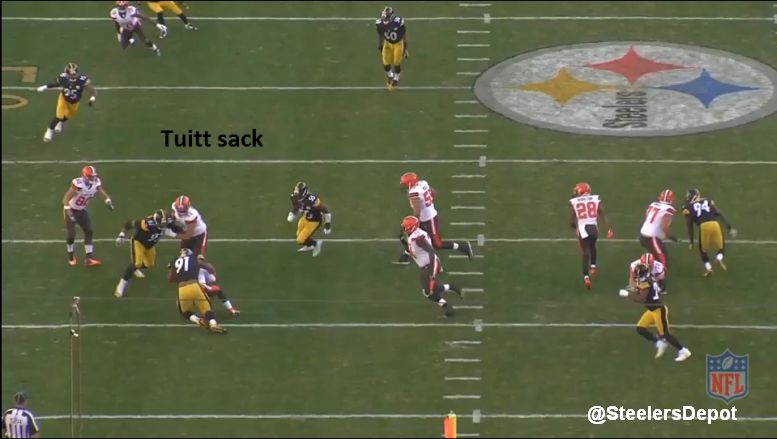 We’ve seen almost every fire zone from LeBeau’s playbook in this Butler defense in 2015. I end these all the same way, and will basically do the same here, but Butler has done a great job marrying his style with LeBeau.