We’re back into the film room today breaking down another one of Keith Butler’s coverage’s through Dick LeBeau’s playbook. It’s their Open Bear Coverage. A five man rush, similar to a fire zone, but with a Cover 1 (man-free) look in coverage. The idea is to stress the open side of the formation with a Dog (linebacker blitz) rush. 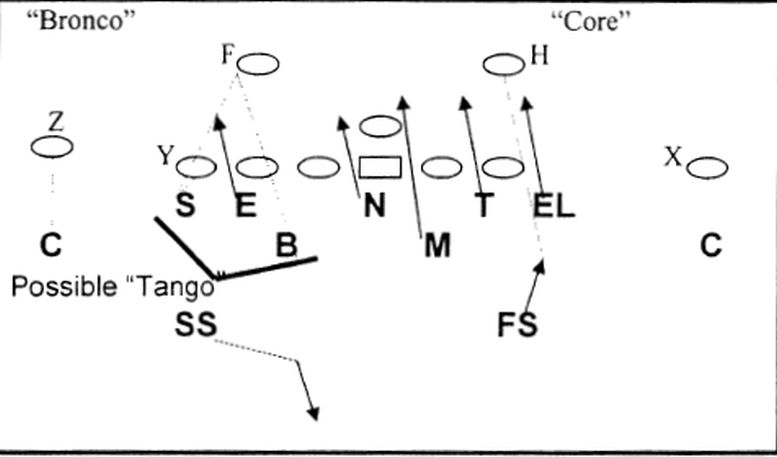 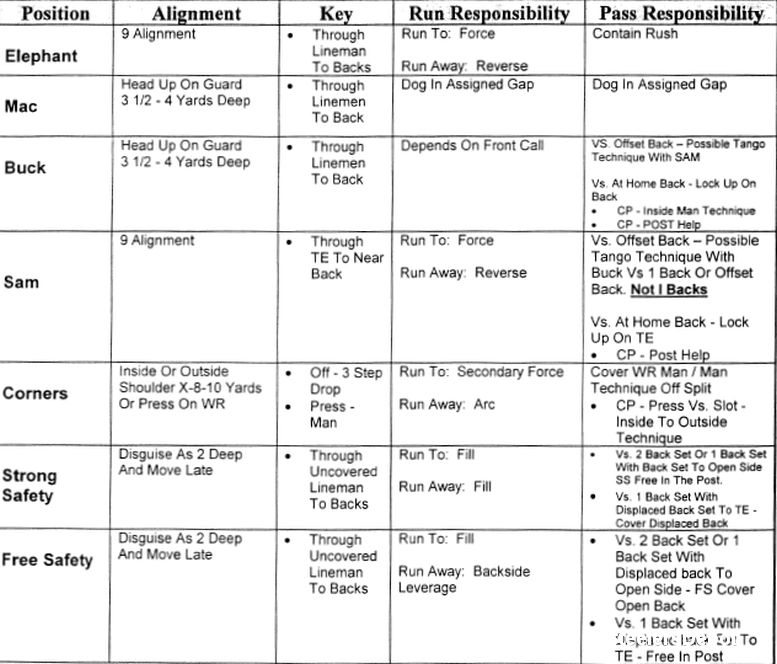 The strong safety is playing the deep middle while the free safety can take the back if he leaks out. If the back stays in, the safety essentially plays “Robber” coverage, reading the QBs eyes and “robbing” any intermediate routes (i.e. dig).

Here is the pre-snap coverage from the aerial view. The safeties want to try and disguise their rotation as long as they can to hide the look from the quarterback. 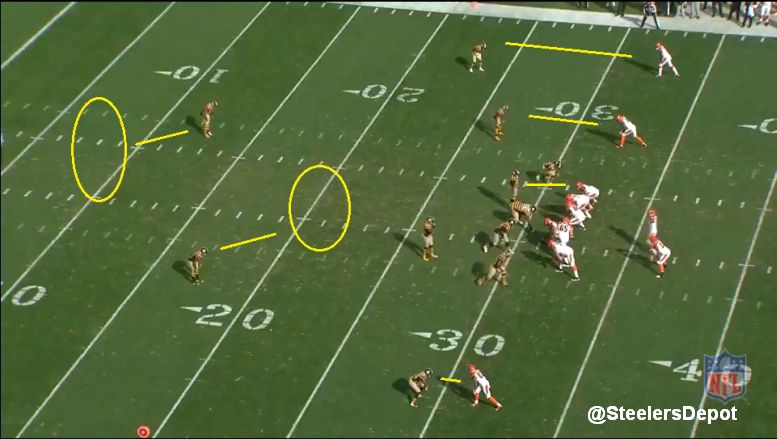 And then they rotate. Man to man coverage across the board with the Buck linebacker, in this case Ryan Shazier is on the strong side, carrying the tight end. 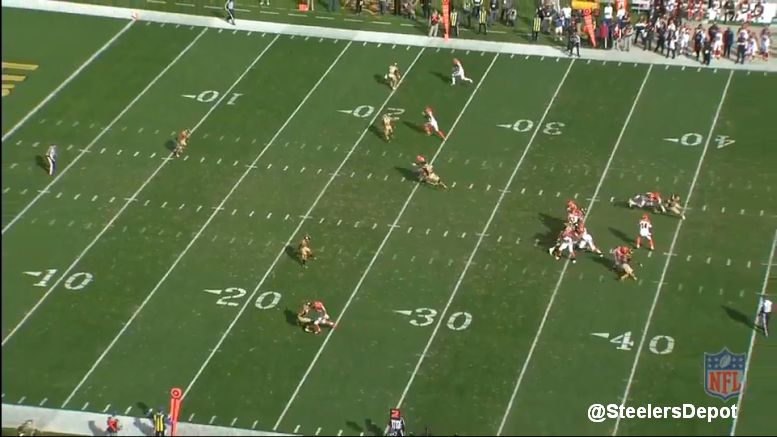 Five man pressure with Lawrence Timmons blitzing the open side B gap. The Steelers add a wrinkle by stunting the defensive line with Cam Heyward and Cam Thomas exchanging gaps on a cross stunt. Helps draws the eyes of the left guard away from the B gap blitz by Timmons, ensuring he’s met one-on-one with the back or in the case of a blown assignment, given a free path to the QB. Jeremy Hill does do a nice job of picking him up, however. 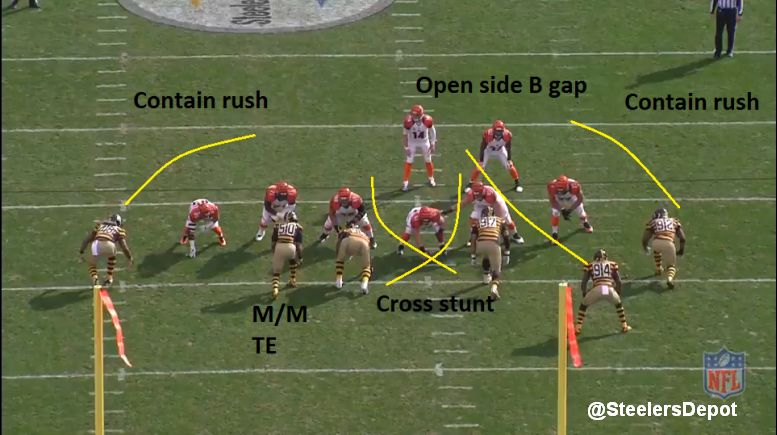 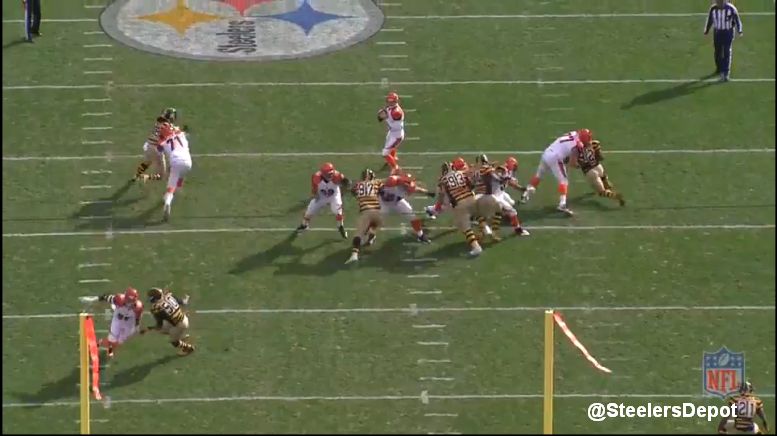 The coverage is sound, leaving Andy Dalton with nowhere to throw. Bud Dupree nearly nipped his ankles at the LOS but Dalton gets away and gains five. 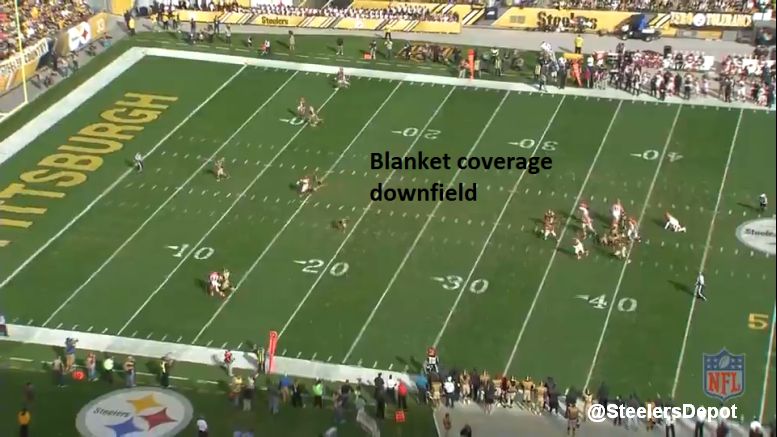 It’s a nice pairing to the fire zone the Steelers often love to run. Still getting that pressure look with a five man rush and some chaos up front, but the ability to mix in man coverage and deviate from the Steelers’ typical zone scheme.