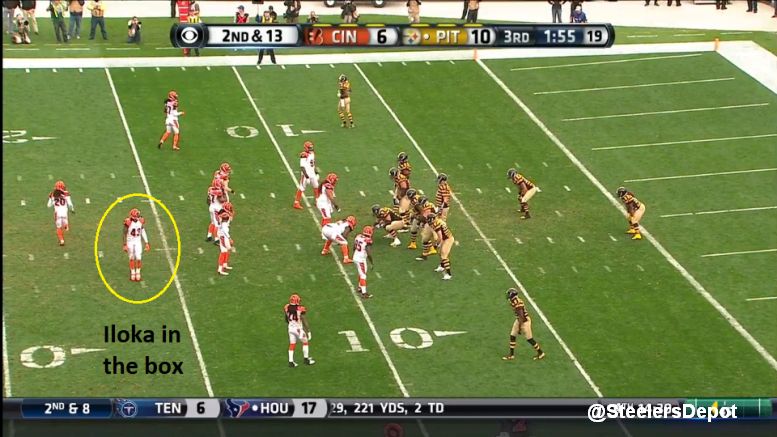 Even with Martavis Bryant’s return, Darrius Heyward-Bey has still seen a fair share of playing time. On a gut reaction, the notion might be a curious one. DHB had filled in admirably during Bryant’s four-game suspension but would seem to be a clear #4 behind Bryant, Markus Wheaton, and Antonio Brown.

Heyward-Bey’s game is known for two positive things: speed and blocking ability. And the latter was on display yesterday, providing a key block to spring DeAngelo Williams on his 55 yard run. Let’s check it out on tape.

We’ve written it here before but there are two main rules to blocking a wide receiver follows. Stalk block the cornerback when there is a two high shell from the safeties or crack the safety when there is single high. We’ll quickly draw up the difference. 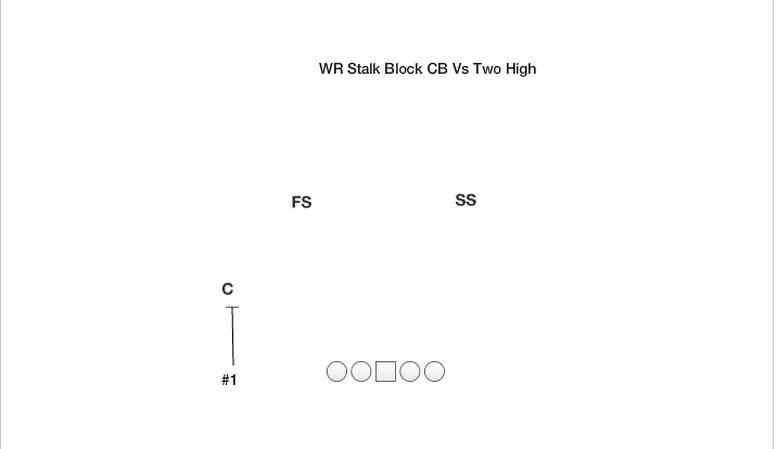 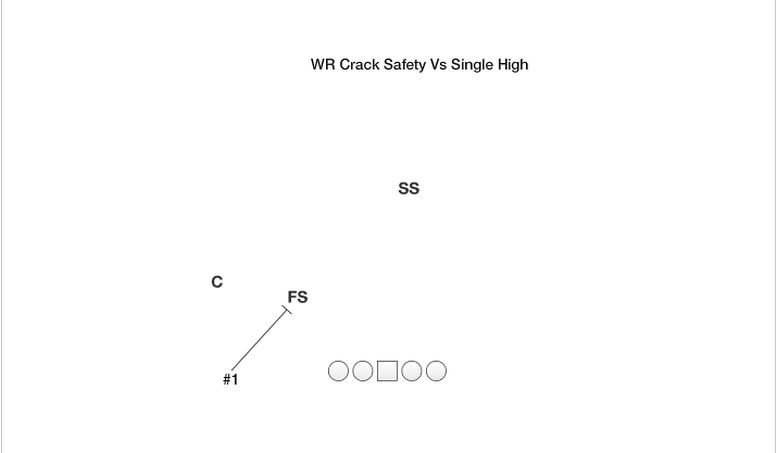 And let’s look at the pre-snap alignment from the Bengals on the long Williams’ run. Check George Iloka, #43, creeping up towards the LOS. That’s going to tell Heyward-Bey he needs to crack him because there’s no other blocker who can get a hat on the safety. Ben Roethlisberger sees this too – good QBs help you in the run game as well – and motions DHB in to reduce his split, giving his receiver less ground to cover to execute his block. 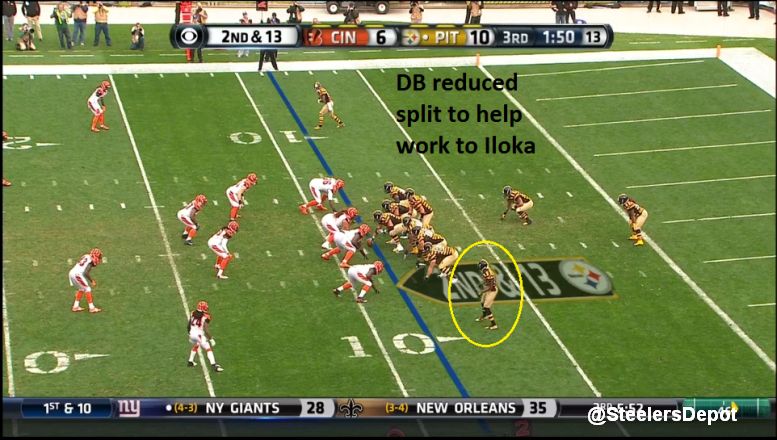 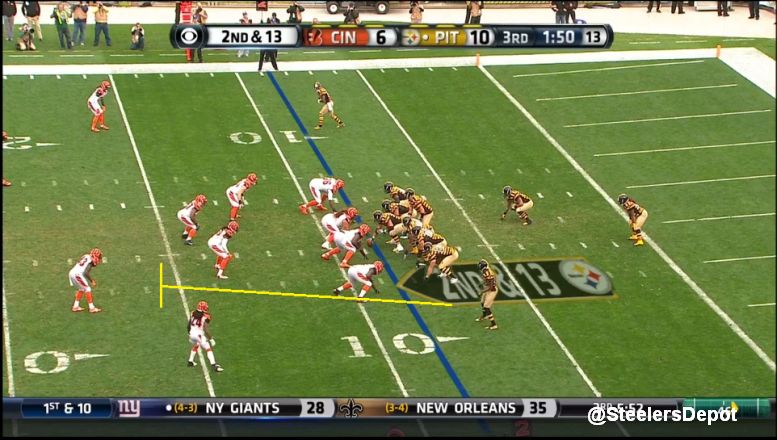 Of course, this crack/replace leaves the CB Adam Jones unblocked, but you’ll always take leaving a cornerback – weaker against the run – unblocked as opposed to a safety. It forces the corner to make an open field tackle. A lot of cornebacks weren’t brought in for their top-notch run defense skills.

Watch Heyward-Bey crack and seal Iloka inside, eliminating the alley defender. Jones is unable to make the tackle in open space and it’s off to the races. 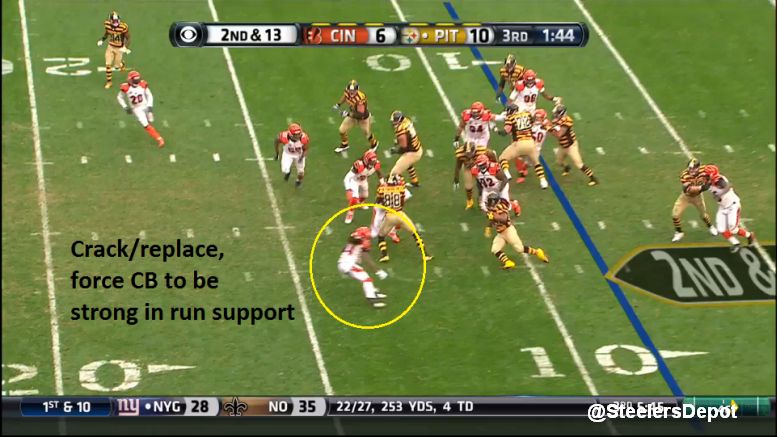 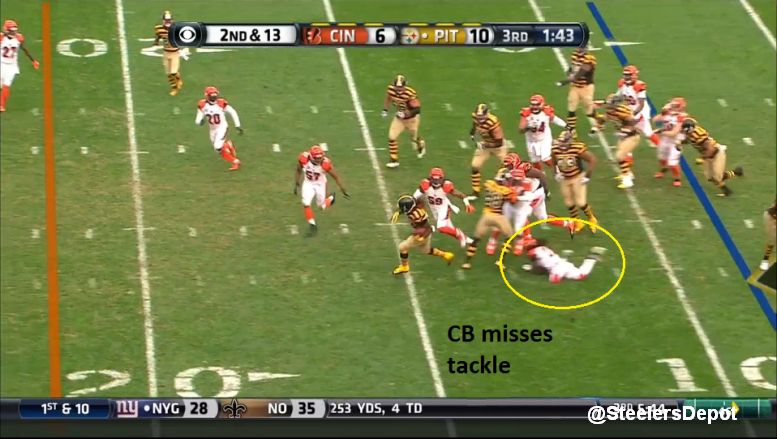 55 yards later, Williams is finally bumped out of bounds.

There are always layers to what goes into a good play. The offensive line holding the POA, the back finding the hole and accelerating upfield. But DHB makes the key block. It’s his Steelers’ career in a nutshell. Quietly do the dirty work and let others take the glory.