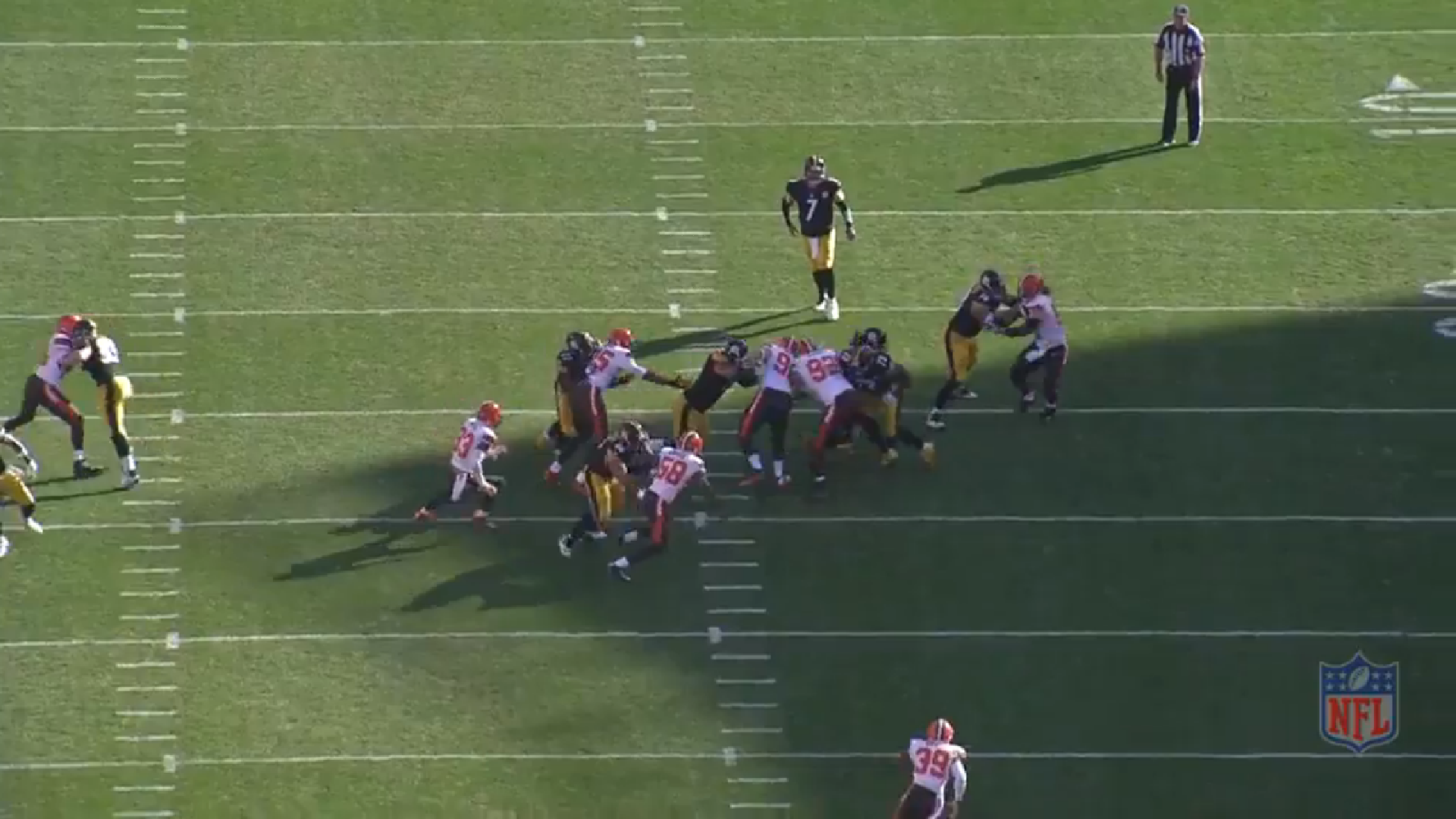 Pittsburgh Steelers offensive line coach Mike Munchak has recently been in the spotlight for the work he’s done in holding the offensive line together in the midst of a tumultuous season of injuries on the offensive side of the ball, where the line has been hit worse than any group.

So far, the unit has lost arguably its two best starters, at arguably the two most positions, as well as the top backup at tackle over the past two years. Veteran Cody Wallace has been filling in at center for 10 games now, but he hasn’t been fooling anybody in believing that Maurkice Pouncey is still out there.

The truth is that the offense has done as well as it has this year quite a lot in spite of the injury replacements along the offensive line, rather than because of them. The running backs deserve a lot of credit for making a lot of their own yardage on their own.

Sunday was not exactly a resume day for Wallace against the Browns, and it started early, on the second play, of the game. Rookie nose tackle Danny Shelton lined up shaded on the center’s back side shoulder, and still managed to beat him inside, blowing up the running lane, disrupting the fullback, and forcing DeAngelo Williams, through contact, to try to bounce around the edge, but instead took a four-yard loss.

Later, on the first play of the second quarter, he was handled easily by second-year defensive tackle Jamie Meder, walked back into the pocket, ultimately putting Ben Roethlisberger on the ground, though he managed to dump the ball off for an eight-yard gain.

Two plays later, Wallace was flagged for his group-leading seventh penalty of the season, this one a holding call that negated a gain of about six yards. During the broadcast, the crew turned the cameras on Mike Tomlin, who was seen shaking his head in disappointment in turning a second and four into first and 20.

Continuing a theme, on the second play for the Steelers in the third quarter, Wallace was beaten inside by the defensive tackle, who put a hit on Williams in the hole, forcing him to try to bounce the run outside again, where he was plastered for a loss by the inside linebacker.

Early in the fourth quarter, Roethlisberger fired off a quick pass to his tight end on a second-down play, the success of which came in spite of Wallace, who looked unusually weak trying to absorb an inside stunt from Paul Kruger. Showing what a failure to establish a base can do, Wallace was driven back by the linebacker’s punch, stumbling across his quarterback’s line of sight as Kruger was given a bee line to the backfield.

Wrapping things up, the Steelers were able to close out the game with a nearly six-minute drive after allowing the Browns their first touchdown, working to re-establish the run. Predictably, the one negative play of that drive came courtesy of the second-string center.

On a first-down run from the 25, Shelton showed violent hands, ripping and swimming through Wallace at the snap, pouncing on Williams in the backfield for a three-yard loss. In all, on four plays, the center cost Williams six yards on a penalty, and another nine yards’ worth on runs for losses.