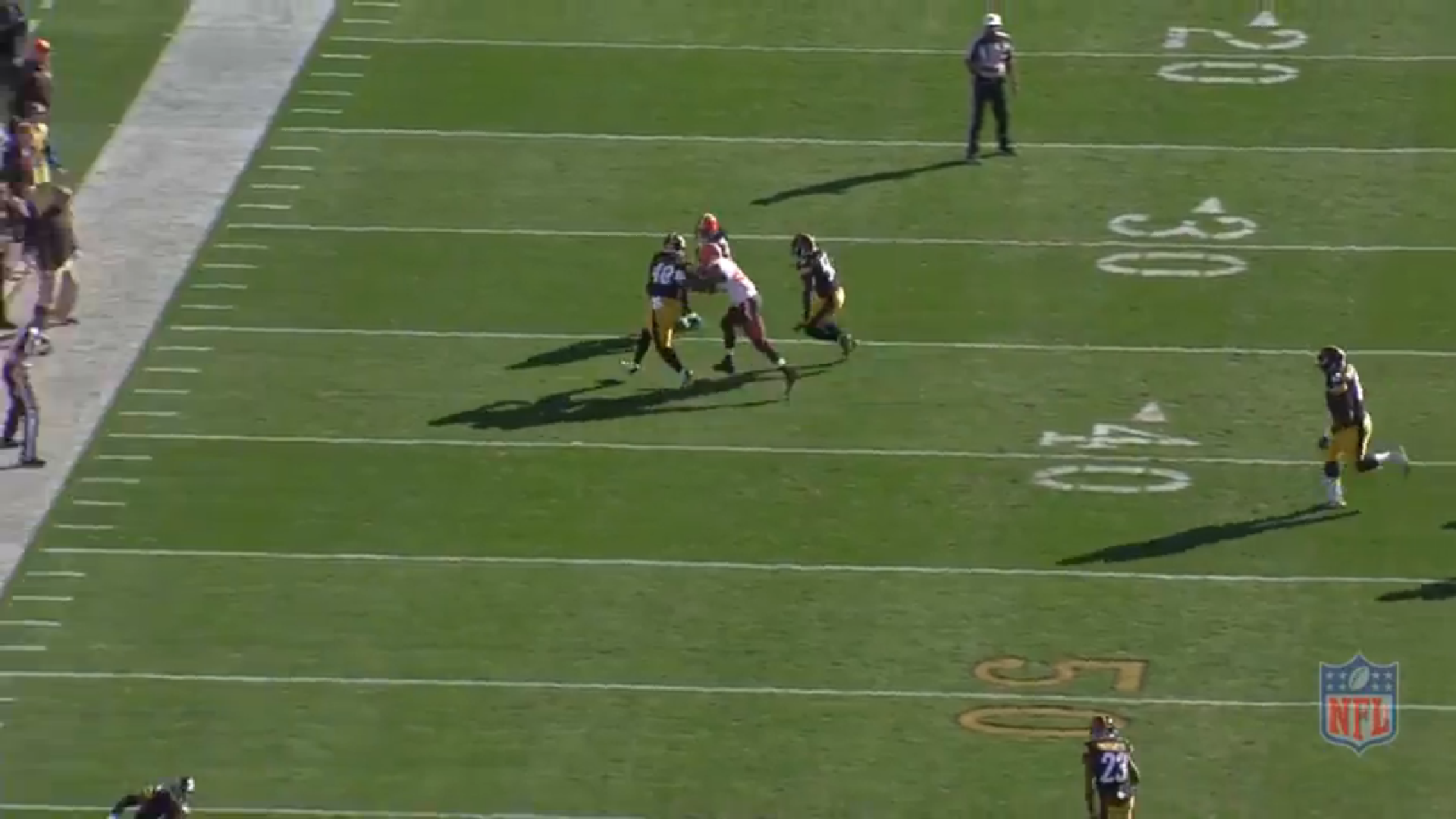 Pittsburgh Steelers first-round rookie outside linebacker Bud Dupree has clearly established himself in the team’s rotation at the position, logging a significant number of snaps, more than many predicted that he would, given the rarity of rookie playing time in these parts and the fact that he was regarded as a bit of a work in progress.

While he has proven himself to be one in need of fine tuning, he has also shown himself as a player that can generally be depended upon to know where he is supposed to be, having played largely free of many of the common rookie mistakes.

With James Harrison missing the Steelers’ last game, in fact, Dupree actually now leads all outside linebackers on the team with 370 snaps played on defense, logging 38 against the Browns. Harrison previously led with 357.

Still, while he has played with general clarity, he has not often had a substantial impact on games outside of the four sacks that he has managed to register largely due to a combination of his quickness, athleticism, and motor. But he continues to show signs of encouragement, which is what you would look for in a rookie.

For example, he was instrumental in setting up Sean Spence to register a tackle for a seven-yard loss in blowing up a play action end around handoff to Travis Benjamin late in the first quarter.

It was Dupree’s assignment to engage the pulling blocker, sweeping from left to right on the play, and the rookie did a very commendable job holding the edge while Spence got in position. His strength and positioning strung Benjamin out to the sideline, where he was corralled for a big loss.

Later in the first quarter, still on the same drive, this play on second and 10, Dupree registered a tackle for a slight loss of his own, though the play officially went down as going for no gain. Successfully escaping from the reach block of the right tackle, the outside linebacker was quick to attack Andrew Hawkins on the screen toss, able to maintain a grip on him as he tried to make a sharp cut to the inside of the field.

Much later in the game, midway through the third quarter, Dupree helped to flush Johnny Manziel out of the pocket, and eventually throw an incompletion. Showing an initial bull rush, the edge rusher got the right tackle to open the gate with an outside step before cutting back inside. Though he was ultimately picked up, it helped force the quarterback to scramble.

His most notable pass rush on the day came midway through the fourth quarter, though it was largely a byproduct of his teammates’ work. After initially reaching a stalemate with the right tackle, Manziel moved out to his right, where Dupree was able to chase him down and force him to settle for a desperation toss, though it went for a completion.

There’s still a long way to go for Dupree to become a complete player, but the fact that he is able to contribute now with his natural abilities and the general discipline that he has developed over the course of the season is a positive sign.