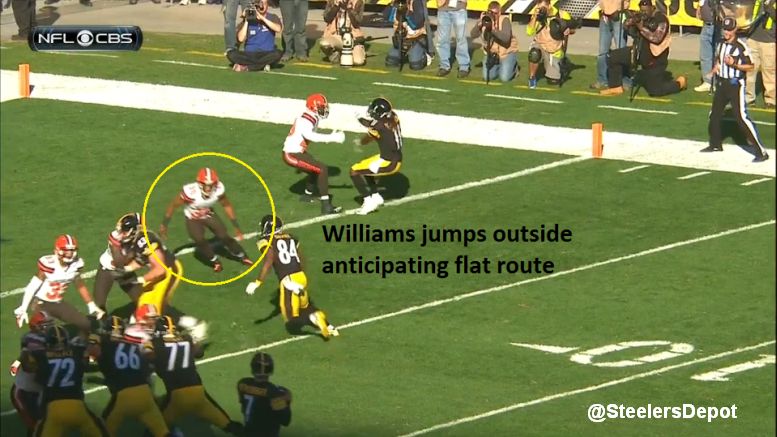 The Pittsburgh Steelers’ offense again lit up the scoreboard Sunday afternoon, hitting the preseason goal of 30 points per game the last two weeks. Despite the myriad of injuries, the rules are still simple.

Playmakers + good scheme = points. The rest can be masked.

That’s what occurred on Antonio Brown’s first touchdown of the game. Let’s break it down.

We’re actually going to get a similar motion for the third week in a row. Brown gets sent in motion across the field in that zig-zag motion that we’ve seen the last two weeks. This is similar to last week’s, more half-hearted than frenetic. You’ll see it in the GIF at the end of the post.

The Cleveland Browns are in man coverage and slot corner K’Waun Williams follows Brown across the formation. 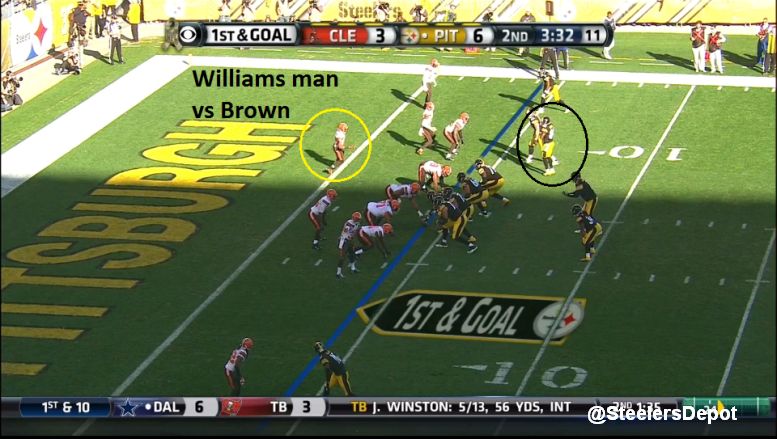 With that type of motion the last two weeks, the Steelers ran Brown into the flat on one and a swing on other. Both were outside breaking routes and you can tell Williams is anticipating it. He jumps to the outside expecting a similar route. But Brown releases inside and Williams has no chance to make a play on the ball.

The other element that is critical is Brown getting a free release. The motion stacks him with Heath Miller which naturally creates some space. Defenses can’t jam in that situation.

Miller basically sets a pick to block the two Browns’ defenders while Brown stems outside off the line before cutting back inside. Ensures a free release and with Williams’ gamble, there’s nothing the Browns do to stop the route. Pitch and catch for Brown. 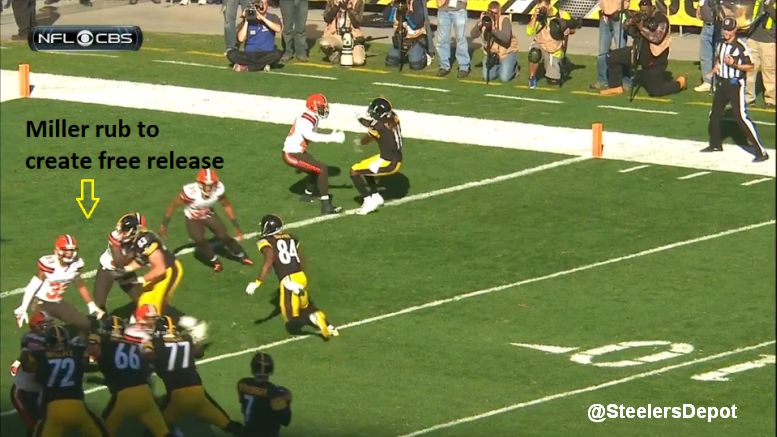 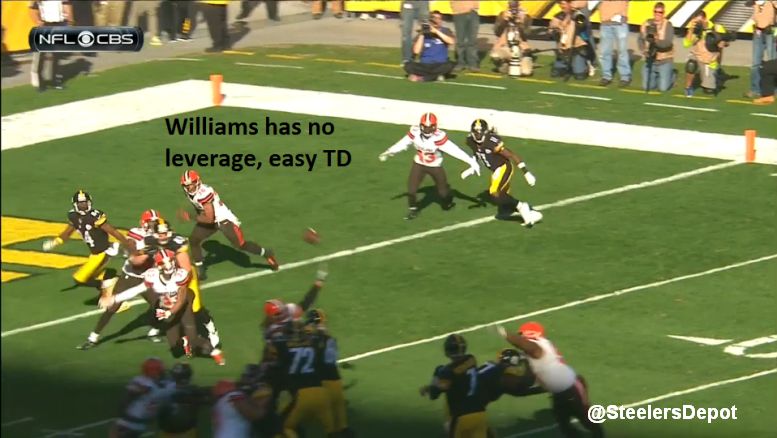 What I love the most is using that motion from AB on three distinct plays in the last three weeks. All three resulted in touchdowns. When you take one element and use it to wreak havoc on a defense, either directly or indirectly, you’re playing really good football. Kudos to Todd Haley for doing a masterful job in that regard.

We’ll show you all three plays with the AB motion below.