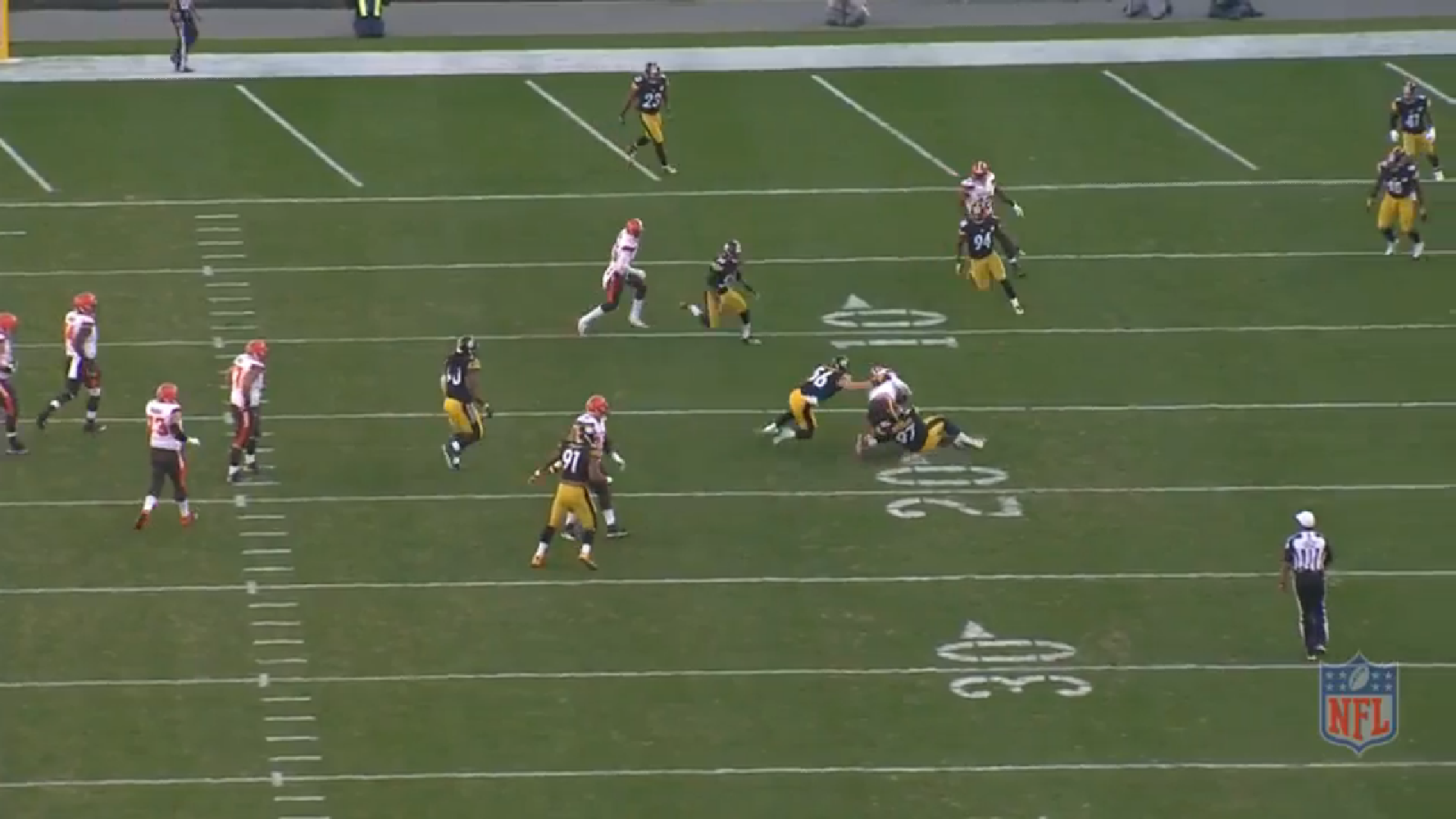 Anthony Chickillo seemed to be a fan favorite as soon as he was drafted by the Pittsburgh Steelers in the sixth round of the 2015 NFL Draft, even when he was regarded as a longshot to make the roster.

Of course, it’s not hard to endear yourself to a Pittsburgh audience when you come in as an outside linebacker, perhaps the only position that could be more beloved than a 250-pound running back.

Chickillo, of course, did make the initial 53-man roster, but was released the next day to make room for some roster additions plucked from other teams. He was signed to the practice squad, then promoted to the 53-man roster for the fourth week of the season.

He has been active for the past five weeks, but he made his NFL debut on defense this past Sunday, filling in as a rotational player with James Harrison sitting out. He logged 22 snaps over a span of three drives, but his only registered tackle came on special teams.

He first checked into the game about 10 minutes into the first quarter, logging each snap on a 10-play drive. On second and six, he perhaps came nearest to registering on the stats sheet.

On the play, he dropped into slot coverage after Sean Spence guided him that way, then quickly reacted to a screen pass to the running back, who motioned out wide. Duke Johnson made a sharp cut inside, however, that caused Chickillo to overpursue, getting only a hand on him.

Two plays later, Chickillo had backside pursuit on a Johnson carry up the middle with the offensive line shifting right. The rookie broke off the edge, however, when Johnson cracked the line of scrimmage, looking to make the tackle, but was beaten by Spence after a five-yard gain.

He did not check back in until midway through the third quarter, logging the first 10 snaps of a longer drive before he was rotated out. On the fourth play of the drive, on a first and 10, he rushed the passer, and actually used his inside arm well to leverage against Joe Thomas, but still could not get up the arc around the All-Pro left tackle.

A few plays later, Johnny Manziel hit Johnson on a screen pass for 10 yards. Though the quarterback was not in the pocket with the ball for long, the play is a good example of how Chickillo will have a hard time getting off blocks, no matter how strong his motor is, as Thomas was pretty well plastered to him on this snap.

His second to last snap on the drive did show off that aforementioned motor, as, while he was unable to beat Thomas, he showed active handfighting, and as Manziel stepped out of the pocket, he was able to help chase him down after a full seven seconds, with Cameron Heyward notching the sack before Chickillo arrived a split second later.

Getting your first playing time against the best left tackle in the game should certainly serve as a teaching moment for the young linebacker, who is still adjusting to the position after playing defensive end in college. But it may be a while before he plays on defense again as long as everybody stays healthy.