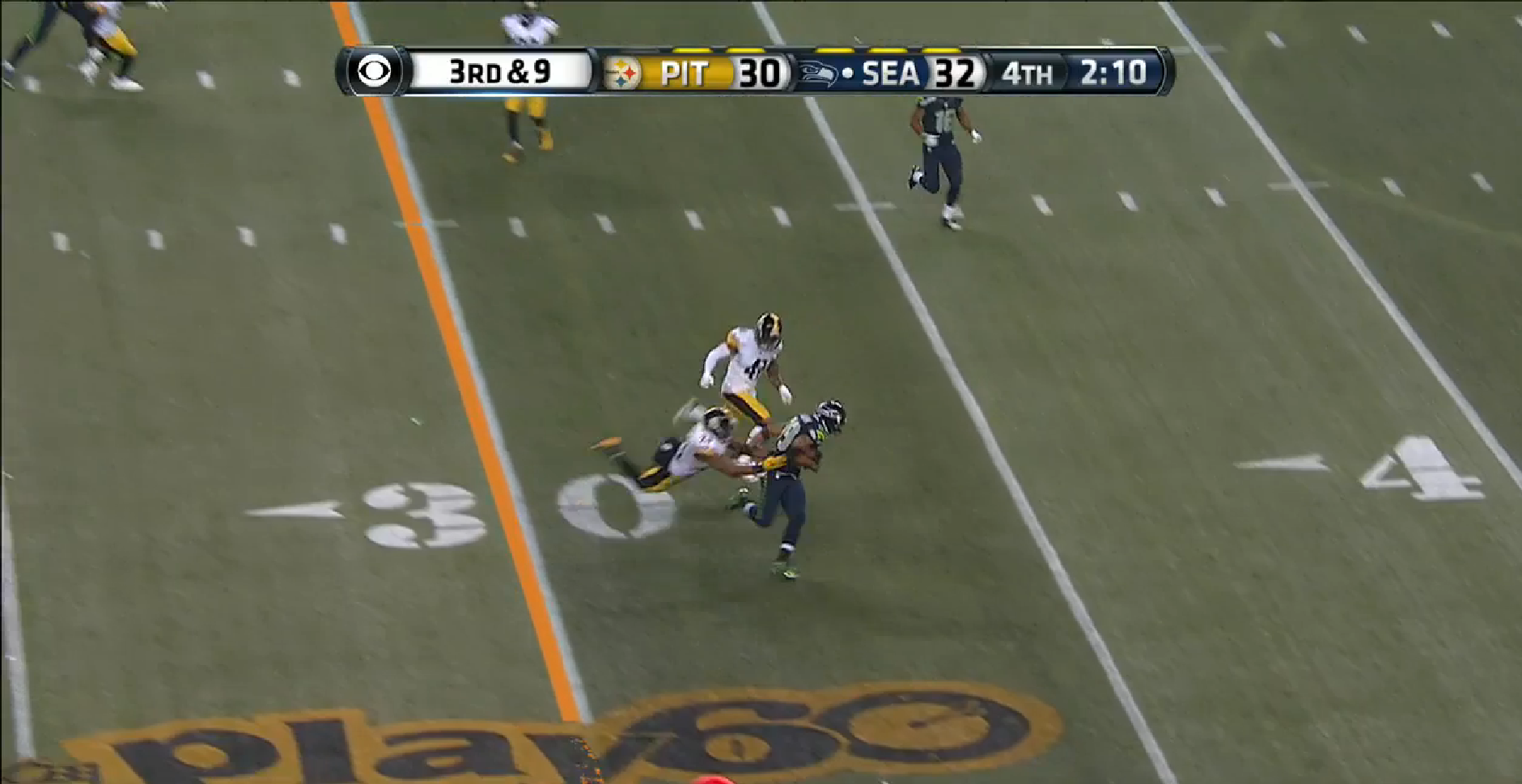 There have been a number of games during the 2015 season in which the Pittsburgh Steelers defense has struggled to get off the field defensively on third down. For the year, the team ranks 22nd in the league in allowing a 41 percent conversion rate on third down.

Yesterday’s loss to the Seahawks was unfortunately no different, as the defense surrendered a first down on seven of 13 third down conversion attempts, for a percentage of 53, including some long ones. But that is not how it seemed the day would go based on the start.

In fact, the defense was able to get off the field on its first two drives on the Seahawks’ first two plays on third down. On third and 11 on the opening drive, Cameron Heyward sacked Russell Wilson for a loss of eight yards. On Seattle’s next drive, the Steelers forced a third-and-four incompletion to the tight end.

That is where things began to go south, as the home team converted on five straight third down opportunities, spanning its next two drives, both of which produced touchdowns.

At the top of the third quarter, Wilson found Tyler Lockett for 11 yards on a crossing route on third and six. The drive ended with a touchdown pass on a throw up the seam on third and 16 after an unnecessary roughness penalty at the one-yard line backed them up 15 yards.

The Steelers responded with a touchdown drive of their own, during which they converted a third-and-one, but Seattle’s ensuing drive converted third down opportunities of 10, 10, and 16 yards. On the first two plays, Wilson found Jimmy Graham for 18-yard gains. Later, on third and 16 at the 45-yard line, the quarterback connected with Jevon Kearse for 22 yards, and the Seahawks scored two plays later.

The defense settled down after that, allowing only two of the remaining six third-down conversion attempts to be successful. The Seahawks’ next three drives all produced three-and-outs, in fact, as it looked like the Steelers’ defense had gotten back on track.

After an interception and a quick two-play scoring drive, however, things began to fall apart once again. Their next third down opportunity was an incompletion to Graham on third and five, but their final two attempts were successful, and both of them were meaningful.

The Steelers had just run a 12-play, five-minute drive that ended in a field goal at the three-yard line, passing up the chance to go ahead with a score to instead draw within two by kicking the field goal. Mike Tomlin chose to trust his defense to get the stop and get the ball back.

And it looked like it would happen. The run defense quickly put the Seahawks in a third and nine, aided by a bobbled handoff on second down. But that is when Wilson hit Doug Baldwin on a drag route over the middle of the field, making one tackler missing and outrunning a second for the 80-yard touchdown.

A one-yard gain on third and one with about 1:24 to play sealed the victory. The Seahawks converted seven third downs, and they scored or sealed the game on every drive in which they did so.