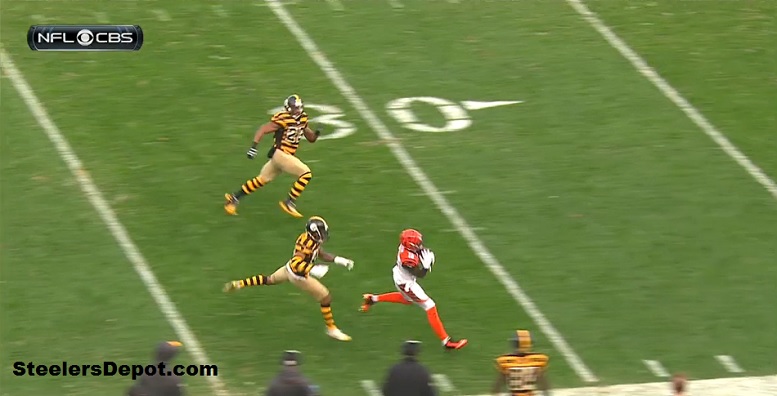 While the 2015 version of the Pittsburgh Steelers has been noticeably better in so many areas so far through their first 8 games, one thing that really sticks out is how they’ve done a better job at limiting explosive plays of 20 yards or more this year.

As they prepare to host the Oakland Raiders Sunday at Heinz Field in Week 9, the Steelers defense has given up 26 explosive plays so far this season. After their first 8 games last season, they had allowed 40 such plays.

It’s worth pointing out, however, that of those 26 explosive plays allowed so far this season, exactly half of them have gone for 30 or more yards.

On Sunday, the Steelers will face a Raiders offense that has produced 31 explosive plays so far in their first 7 games. Wide receivers Amari Cooper and Michael Crabtree are responsible for 16 of those plays as each currently have 8 apiece. Being as running back Latavius Murray has registered 6 explosive plays on the ground for the Raiders so far this season, it’s not hard to notice that those three players are the ones who figure to be the toughest to defend at Heinz Field.

This past week in their 16-10 loss the Cincinnati Bengals, the Steelers defense gave up five explosive plays and three of those came in the fourth quarter.