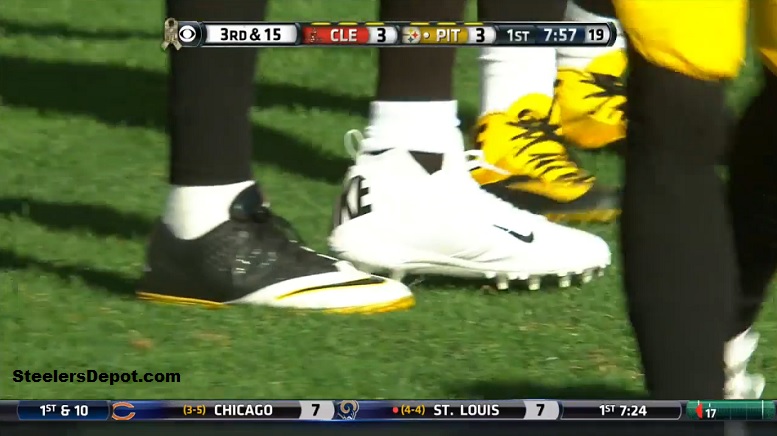 The bye week couldn’t come at a better time for Pittsburgh Steelers quarterback Ben Roethlisberger as the reigning AFC Offensive Player of the Week certainly could use a few days off in order to rest his left foot and knee.

Even though he’ll have a few extra days off over the course of this week, Roethlisberger is fully aware of the team he’ll be playing against on the road in Week 12.

In his Superman-like performance off the bench in Sunday’s win over the Cleveland Browns, Roethlisberger was forced to wear a special shoe in order to accommodate the left foot that he sprained in the fourth quarter of the team’s Week 9 win over the Oakland Raiders. While he came out of that game against the Browns no worse for wear, Roethlisberger admitted Wednesday that he might still have to wear that large Nike shoe again in Week 12 against the Seattle Seahawks.

“It’s a comfort thing. It’s one size bigger. My swollen foot fit in it better than my normal sized shoe, Roethlisberger said. “We’ll see as we move forward. If my foot feels fine in a normal sized shoe that I normally wear, then I won’t have to.”

Additionally, the game against the Seahawks will be Roethlisberger’s eighth in the Pacific Time zone. He went 2-5 in those previous 7 games.

Hopefully Roethlisberger can put his best foot forward against the Seahawks a week from this coming Sunday even if that foot has to be squeezed into that big left shoe of his.