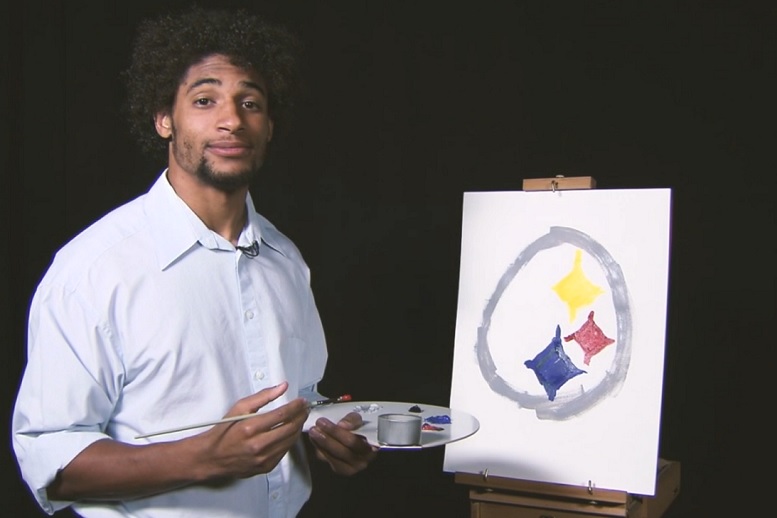 I’m not sure how many of you are old enough to remember Bob Ross, who hosted “The Joy of Painting”, a television program that aired on PBS from January 11, 1983, to May 17, 1994. If you do remember him, you will get a kick out of the latest video on the Pittsburgh Steelers team website that features cornerback Ross Cockrell.

If you don’t remember or know who Bob Ross was, the Youtube video below should give a good idea as to the kind of show he had and why Ross Cockrell was chosen for this latest segment.

On his television show, Bob Ross always talked in a very calming voice as he painted on a canvas. I can vividly remember him talking about “happy clouds” as he painted them. Ross Cockrell did a great job of imitating Bob Ross as he paints the Steelers logo.

Cockrell, who was signed by the Steelers just prior to the start of the 2015 season after being released by the Buffalo Bills, has registered 29 total tackles and two interceptions so far this year. The Duke product will be an exclusive rights free agent at the end of the season.

What do our players like to do on their Bye Week? https://t.co/rSbnnlhT66