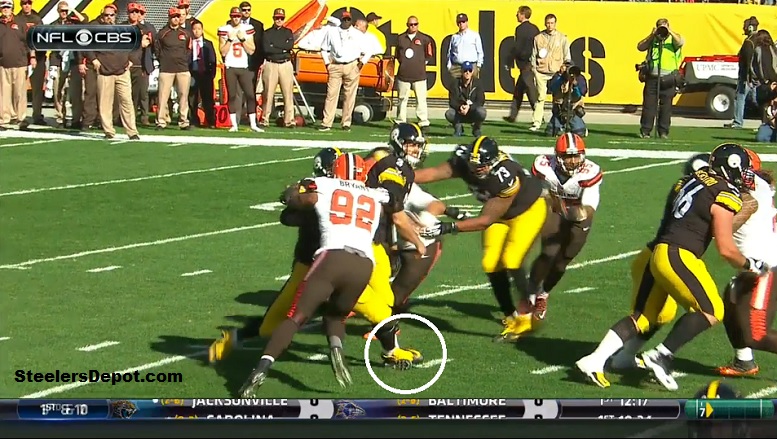 It was reported Monday morning that Pittsburgh Steelers quarterback Landry Jones was scheduled to have an MRI on the left ankle that he injured early in the first quarter of the Sunday game against the Cleveland Browns. Monday afternoon, a report surfaced that Jones will likely miss the Steelers Week 12 game against the Seattle Seahawks.

According to Ian Rapoport, Jones has a low-ankle sprain that’s being described as “pretty severe.” He goes on to suggest that Jones will miss the Seahawks game with the injury and that starter Ben Roethlisberger will be backed-up by Mike Vick in that game.

Speaking of QBs… #Steelers QB Landry Jones has a low-ankle sprain described as “pretty severe.” Expect Mike Vick as the backup after the bye

Being as the Steelers are on their bye, Jones will have quite a bit of time off of his injured ankle. While it’s not unthinkable that he will miss the Seahawks game, there’s almost two weeks left until that contest kicks off.

On top of everything else, Rapoport is not the most reliable source of information based on his history.

Prior to leaving Sunday’s game, Jones completed 3 of his 4 pass attempts for 23 yards. after the game, head coach Mike Tomlin was asked of Jones could’ve returned had the team needed him to.

“I think he would have been, had we needed him to,” said Tomlin. “But, obviously that circumstance is not ideal.”

Having Vick back up Roethlisberger also won’t be ideal based on the way he’s played so far this season.