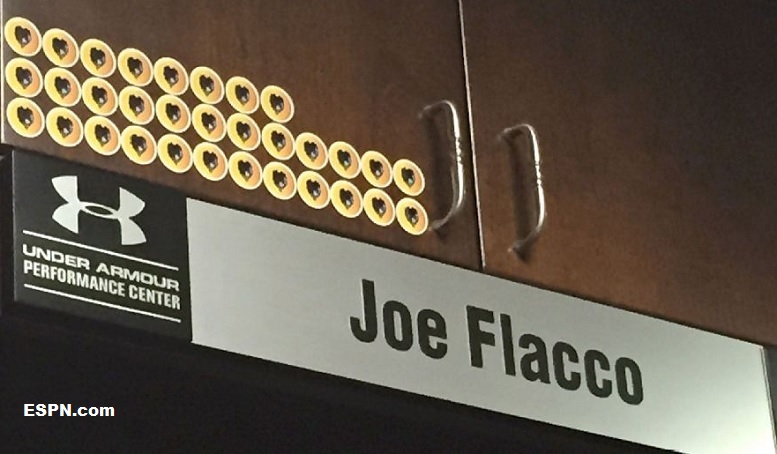 While not yet officially eliminated from playoff contention, the Baltimore Ravens players and coaches can probably safely start filling up dates on their calendars past Week 17 of the season. Additionally, Ravens head coach John Harbaugh has obviously already given up on the 2015 season as he’s now started treating his players like children.

According to Ravens hack Jamison Hensley of ESPN.com, Harbaugh has now started to reward his players by placing gold “effort stickers” above their lockers.

“It kind of feels like we’re back in elementary school a little bit,” defensive end Chris Canty said.

Look, this isn’t high school or college, John. If you have to motivate your players by handing out effort stickers, you probably might want to take a long look at your current roster. This is the time of season when a lot of teams are already out of the playoff but being as players are paid to give their best effort week in and week out, there shouldn’t be any reason to reward them with stickers.

At this rate, I’m guessing Harbaugh also plans on handing out participation trophies at the end-of-the-year banquet. Can you image if Pittsburgh Steelers head coach Mike Tomlin put any “effort stickers” above the locker of one James Harrison? Canty has been in the league since 2005, so I’m sure he’s not too thrilled deep down inside with Harbaugh’s sticker system.

“It’s definitely different. I guess if you stay in this league long enough, you’ll see just about everything,” Canty said.

In other words, Canty’s never seen it before.

The 2-7 Ravens will host the 4-5 St. Louis Rams on Sunday. So far this season, the Ravens 7 losses have been by a combined 32 points. Perhaps the Baltimore players will get orange slices and Capri Suns at halftime and the team will go get pizza and ice cream after the game.