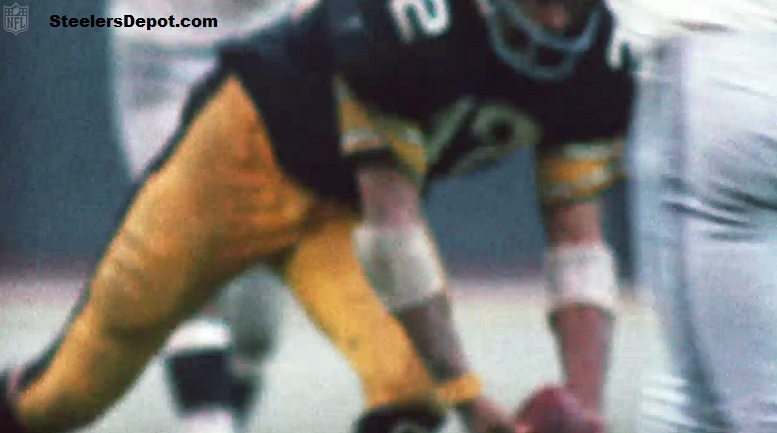 Oakland Raiders head coach Jack Del Rio may have only been 9 years old when the Immaculate Reception happened in the 1972 AFC Divisional playoff game but he made it clear on Wednesday what he thought about that play as his team prepares to play the Pittsburgh Steelers Sunday at Heinz Field.

“That catch shouldn’t have counted. Let’s be real. The ball hit the ground,” said Del Rio of the pass from Steelers quarterback Terry Bradshaw that running back Franco Harris plucked out of the air and ran with for a game-winning touchdown as time expired following a deflection in the Dec. 23, 1972 game at Three Rivers Stadium.

So, besides the obvious, why does Del Rio have issues with that historic play nearly 43 years after it happened? Well, according to what he said during his introductory press conference in January, he’s always bled Silver and Black.

“I’ve been a Raider fan all my life,” said Del Rio, who was born in Castro Valley, CA, which isn’t very far at all from Oakland.

The Immaculate Reception will forever be one of the greatest plays in the history of not only the NFL, but all of professional sports. Heck, there’s probably not a week that goes by during the football season that the play isn’t mentioned in at least one United States newspaper.

As for Del Rio claiming the football hit the ground before Harris caught it, I’d love to see his proof. Nobody has been able to prove Harris didn’t catch it legally ever since the play happened. And the same goes for whether or not Frenchy Fuqua touched the football before safety Jack Tatum did prior to it bouncing backwards and into the hands of Harris. That portion of film from that particular part of the play has probably been dissected nearly as much as the Zapruder film has.

In short, Del Rio and the rest of the Raider faithful just need to get over it. Scoreboard.

As far Sunday’s game between the Steelers and the Raiders, so far during his head coaching career, Del Rio is 4-3 against Pittsburgh. His last win against them came in the 2007 playoffs, which was Mike Tomlin’s first year as the head coach.