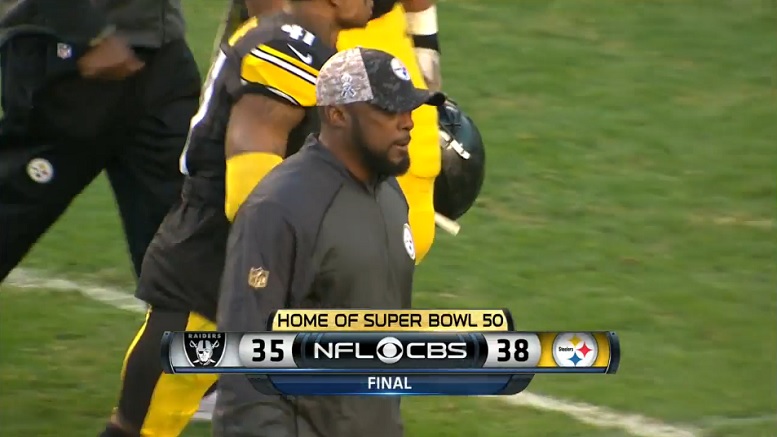 Lost in the Pittsburgh Steelers Sunday home win over the Oakland Raiders is the fact that it was the 50th such victory for head coach Mike Tomlin.

Tomlin, who was hired by the Steelers in 2007 after his predecessor Bill Cowher retired following the 2006 season, is now the third coach in franchise history to post 50 career home wins during the regular season and just the 48th coach in NFL history to achieve that milestone.

Tomlin’s career record at home with the Steelers during the regular season is now 50-19 and he’ll be looking for his 51st home win next Sunday when the Steelers host the Cleveland Browns at Heinz Field. So far during his career, Tomlin hasn’t lost a game to the Browns at home.

.@CoachTomlin is now the 3rd coach in franchise history to post 50 career home wins during the regular season. pic.twitter.com/VCU8V34i0G