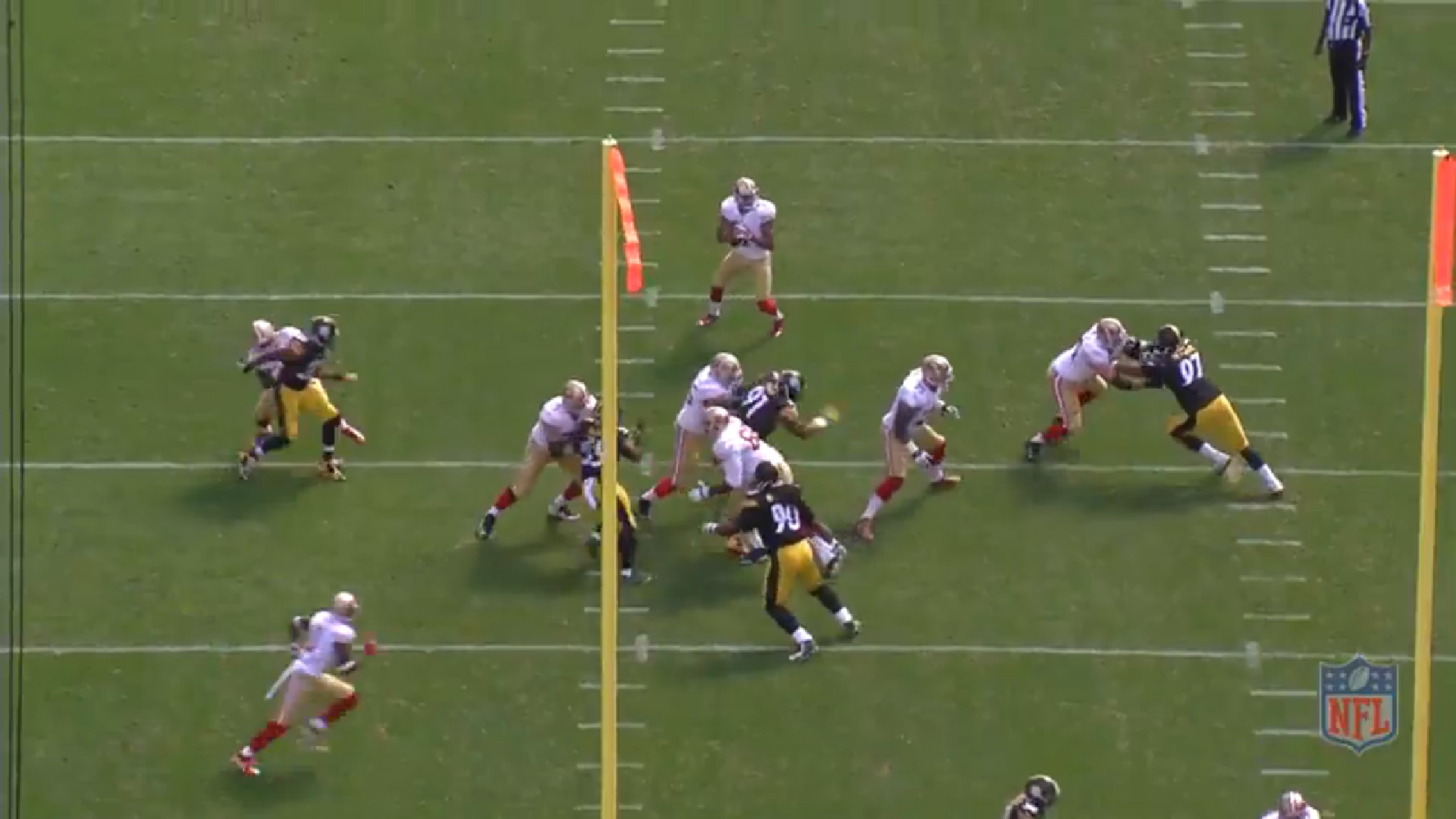 Much has been written about the stark improvement from this season to last of free safety Mike Mitchell, who was the Pittsburgh Steelers’ biggest free agent signing in several years during the 2014 offseason.

While he started every game that first year with the team, he had his struggles, to be sure, and it even spilled over to social media, where he let hecklers get the better of him, after which he shut down his profile.

Obviously, he was playing through multiple tears in his groin all season, a topic that has also been discussed at length, so it should not be surprising that he has played better while being healthier, though he has gotten nicked up in virtually every game this year.

In other words, Mitchell in 2015 is looking much more like the Mitchell from 2013 that got him his five-year, $25 million contract than the Mitchell of 2014. Last year, while he posted a career-high 71 tackles, he also missed a number of tackles, and took poor angles to others. He recorded no interceptions or fumble recoveries, or sacks, forcing two fumbles and defending three passes.

Compare those numbers to this season, where he has 48 tackles in 10 games, a pace that would set a new career high, has been a generally sure tackler, has forced two fumbles, recovered another, defended seven passes, and has come down with three interceptions, including two in the end zone.

All of that is excellent, and most certainly verging on a Pro Bowl-worthy year, if it’s not already there. He nearly had a fumble recovery for a touchdown that was negated altogether because he went out of bounds and failed to re-establish himself inbounds before picking the ball up.

There is one noticeable omission, however, from his stat line, and that is the stark absence in the sack column. In fact, he has gone 26 games now with the Steelers without posting a sack, and it hasn’t been for a lack of rushing this year, as our charting has him blitzing 33 times.

Part of Mitchell’s appeal was for his ability to be a dynamic player in every phase. In his one year with Carolina, he posted four interceptions and two forced fumbles, but he also had 3.5 sacks. Despite starting just nine games in his career prior to that over a span of four years with the Raiders, he accumulated another 3.5 sacks for a career total of seven.

He is seeing easily his most extensive playing time of his career now in Pittsburgh, but he has yet to get that first pass rushing notch into his belt. Perhaps it seems like nitpicking, but it would be beneficial to this offense to have improved efficiency on defensive back blitzes.

That is not to say that Mitchell has been a poor blitzer. I have highlighted a few of his blitzes in my film studies over the course of the season, instances in which he made a move to get to the quarterback or influenced throws. He has the skill to bring the quarterback down—a safety rarely has 3.5 sacks in a year—it just hasn’t borne the ultimate fruit yet with the Steelers.