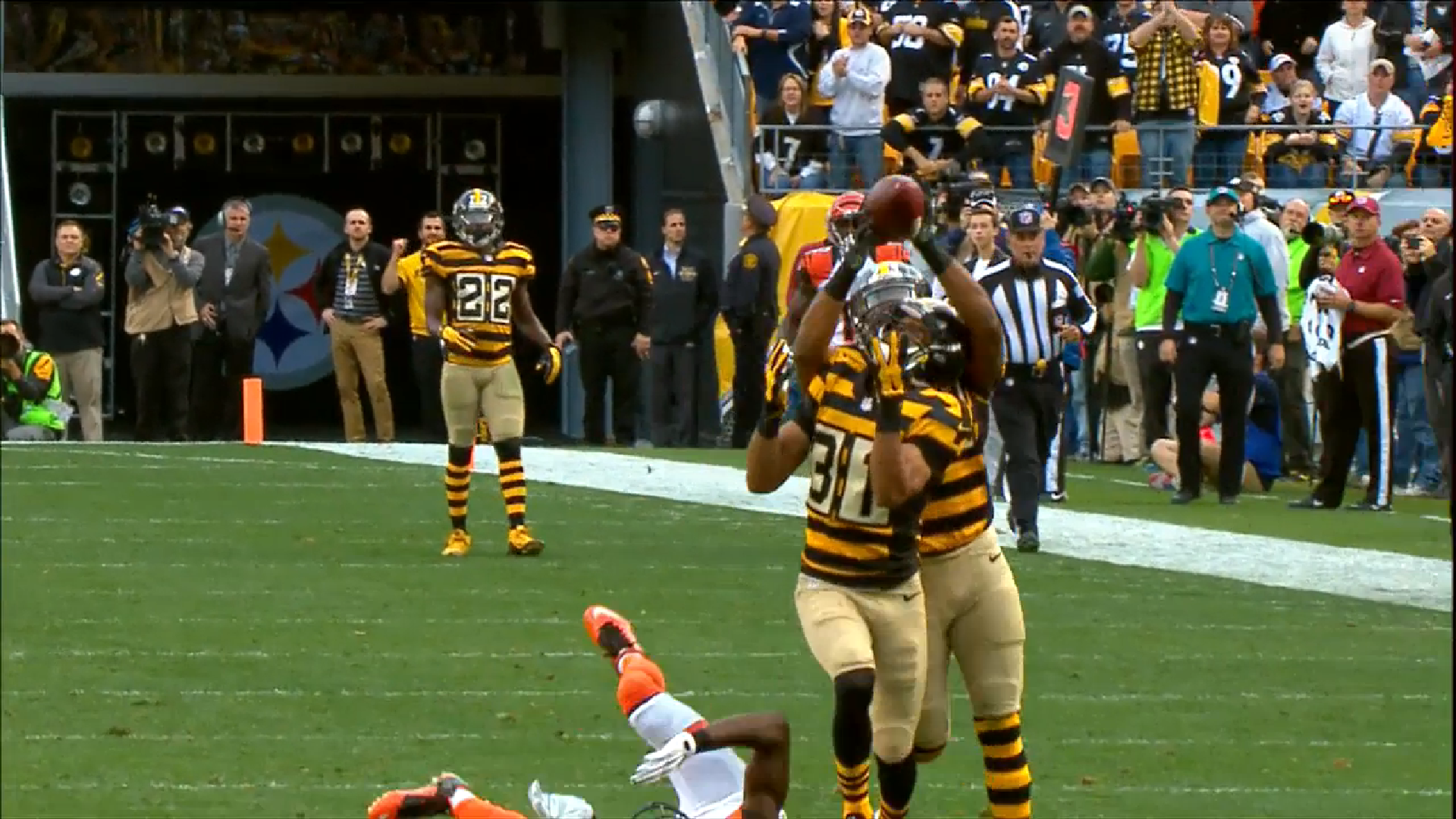 Perhaps nobody this side of William Gay has done a finer job silencing his critics within the Pittsburgh Steelers faithful in recent memory than has veteran safety Mike Mitchell, in his second season with the team after signing a comparatively lucrative free agent contract to take over for Ryan Clark.

The former Raiders second-round pick struggled through much of his first season in 2014 as he played through multiple groin tears that he had surgically repaired during the offseason, and which still present him with pain and stiffness.

But he has done a remarkable job in providing an air of consistency on the back end, improving in nearly every facet of the game. Already this year, he has picked off two passes, forced one fumble, and recorded another.

He has also largely been a solid tackler, has done well in coverage, and has improved his angles, while finding more success on the blitz. It’s remarkable what a bit of health and a better grasp on the defensive system can do for a player.

But he hasn’t simply been performing well. He has been elevating others and sacrificing himself for the team. He has made a number of plays over the course of the first half of the season in which he threw caution to the wind in order to make a play for his teammates, and you can guarantee that those around him have noticed.

Mitchell, in his seventh season, is emerging as a leader in the locker room and on the field. As much as his brash personality may rub many people the wrong way—his taunting penalty yesterday afternoon surely irked even his teammates—rest assured that his teammates appreciation his energy and enthusiasm.

Not to mention his hard hitting. As I go on writing, I can’t help but think of the parallels to Clark, the man he is replacing, though Mitchell is far more athletically than the now retired Pro Bowler ever was.

Clark routinely was the big hitter at the back end of the defense, to the point that at the end of his career he was occasionally penalized for illegal hits based on reputation, seemingly, with no fines coming from the league office during midweek.

Clark was the mouthpiece for the secondary, and often for the defense as a whole, as Mitchell has become. And there is certainly not questioning his willingness to put his body on the line, as one former Ravens running back can forever attest to. And Marvin Jones learned yesterday what Mitchell is capable of.

Mitchell has also played the run more this season, with the two safety positions becoming more interchangeable this year, and has even a time or two saved a long run from becoming a touchdown with his sure tackling down the field.

The veteran is on pace to have perhaps his best season, or at least one comparable to the one that earned him his free agent contract. Though he has yet to notch his first sack with the Steelers, he has gotten pressure. And he has provided some explosive plays as well, while holding up his end in coverage with five passes defensed. His critics have indeed largely gone silent, and that’s because he hasn’t given them much to complain about.