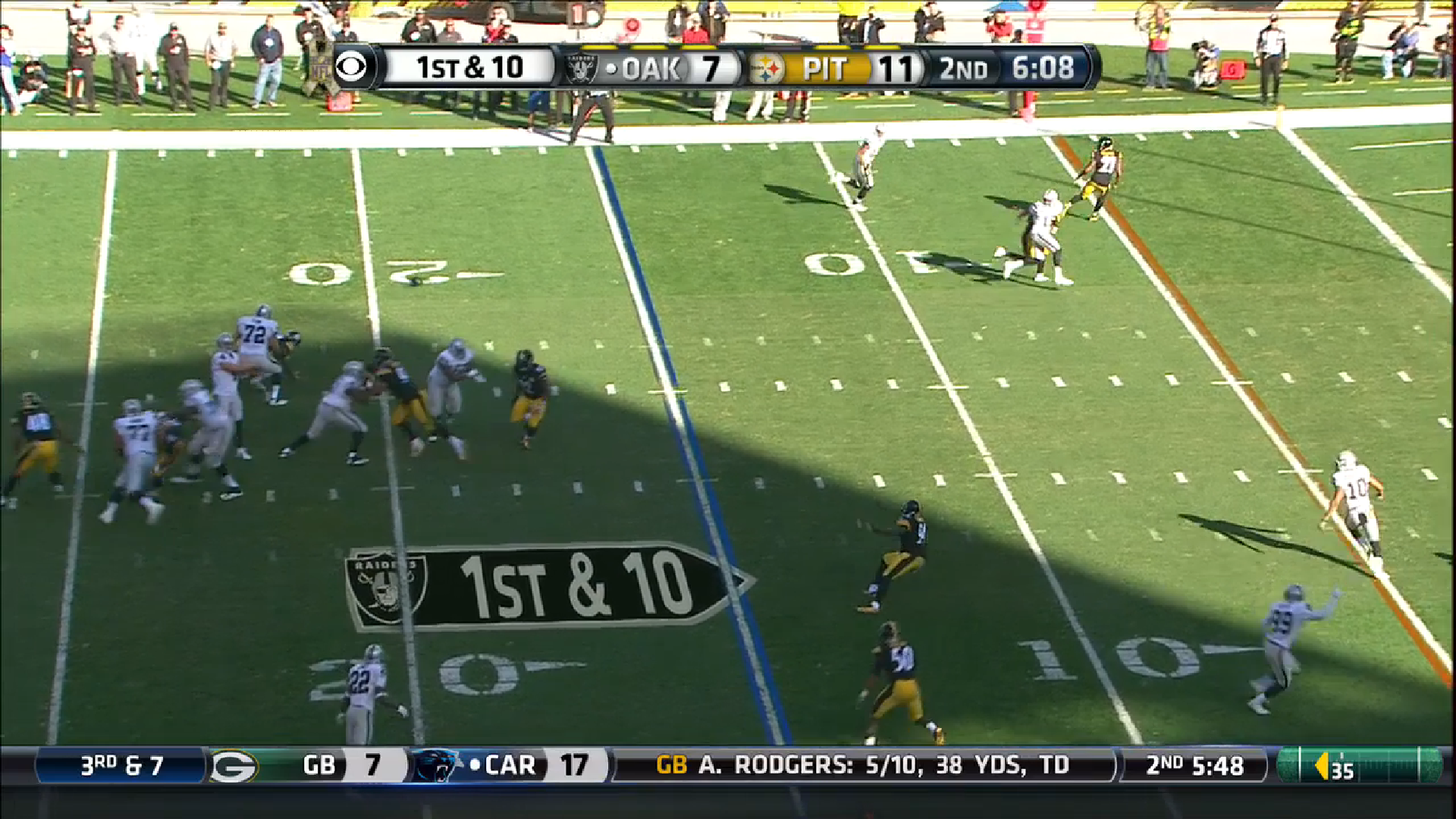 For the first time all season, the Pittsburgh Steelers defense was held without a sack on Sunday against the Raiders, getting blanked by the young offense’s rebuilt offensive line. Entering the game, the Steelers were a top-five pass-rushing team in terms of total sacks accumulated, posting 22 sacks in their first eight games, which put them on pace to finish the year with 44.

If you have been following the Steelers for the last several years, you would have realized that such a figure would be an outlier for this team, which has posted sack numbers in the low- to mid-30s over the span of the previous four years. It hasn’t been since 2010, the last time they won a playoff game, that they have posted respectable sack totals.

After blanking on Sunday, the Steelers are now on pace to finish with just under 40 sacks, which is a bit of a loose benchmark for quality pass rushing.

It should be said that the team’s 22 sacks still ranks them tied for eighth, but it must be noted that they are one of just eight teams who have yet to have had their bye week. They are one of only two teams within the top 20 to have played more than eight games already. 16 teams have at least 19 sacks.

While the league does not carry an official statistic for total pressures, it should be noted as a general observation that the Steelers have not frequently had the consistent pressure during games to match their sack output.

This could perhaps be best exemplified with rookie Bud Dupree, whose four sacks leads the team. The reality is that he does not have a high number of overall quarterback pressures beyond those sacks, meaning that his play-to-play impact on pass-rushing attempts is not significant.

Perhaps the only two players that have seen reliable conveyers of pressure against the pass have been Cameron Heyward and James Harrison. The Steelers need more pass rushers that can be a consistent presence throughout the course of the game.

We saw what happens on Sunday when the Steelers defense fails to get that regular pressure, as Derek Carr and the Raiders were able to very successfully move the ball down the field through the air, with Carr regularly having a clean pocket from which to make his reads and fire off the pass.

While Carr’s 301 passing yards on 44 attempts is not an eye-popping number—it is below seven yards per pass attempt—when you figure in the fact that drops from his receivers were a consistent problem throughout the game, you begin to understand how much worse things could have been.

As it is, Carr’s 24 completed passes for 301 yards translates to 12.5 yards per completed pass, and four of those 24 passes were completed, or ended up, in the end zone. The Raiders’ 35 points were the most the Steelers gave up all year, by a full touchdown, and that can be traced right back to their inability to get after the quarterback, an aberration this year especially at home.