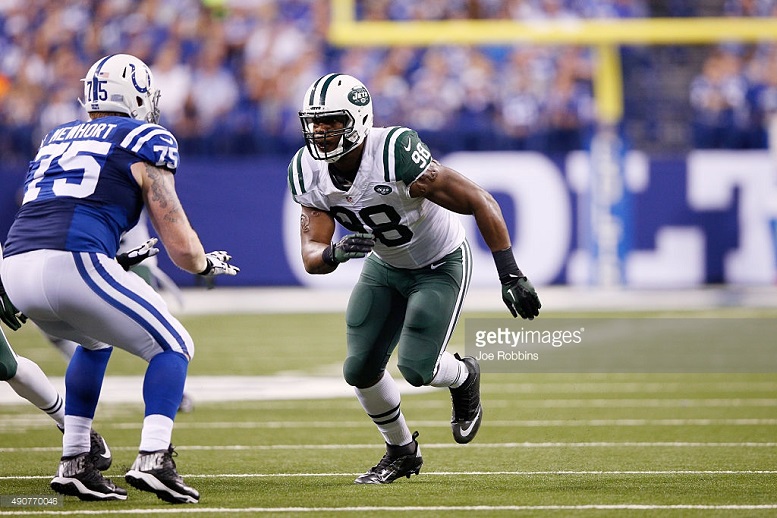 During the offseason, the New York Jets picked up the fifth-year option on linebacker Quinton Coples, who was drafted 16th overall in the 2012 NFL Draft. On Monday, the Jets waived the North Carolina product.

The Monday transaction just goes to show that fifth-year options really don’t mean anything unless the player actually makes it the new league year of the following season as the $7.751 million that Coples was scheduled to earn in 2016 was guaranteed for injury only up until that point.

Several Pittsburgh Steelers fans are now seemingly wanting the team to claim Coples off of waivers as a reclamation product. However, you should probably know that such a move would require the Steelers to be on the hook for his option year. In short, that’s very unlikely to happen and it will be surprising if any team claims Coples off of waivers for that very reason.

Coples quickly fell out of favor with the Jets and their new head coach Todd Bowles this season. In fact, he logged just 21 defensive snaps in their last three games. So far this season, Coples has registered just 8 total tackles and zero sacks in the 214 total defensive snaps that he has played.

While he’s reportedly dropped several pounds since coming into the league, Coples is probably best-suited to play in a 4-3 defense as part-time pass-rushing defensive end moving forward and not outside linebacker in a 3-4 defense.

Assuming he clears waivers, Coples will then be a free agent and thus able to negotiate a new contract with a team. I would suspect a team such as the Buffalo Bills might then have interest in signing him for the remainder of the season being as their head coach Rex Ryan was the head coach of the Jets when Coples was drafted.

In somewhat related news, the Steelers will have to decide after the 2015 season ends whether or not to pick up the fifth-year option on outside linebacker Jarvis Jones. His fifth-year option for the 2017 season is expected to be north of $8 million.