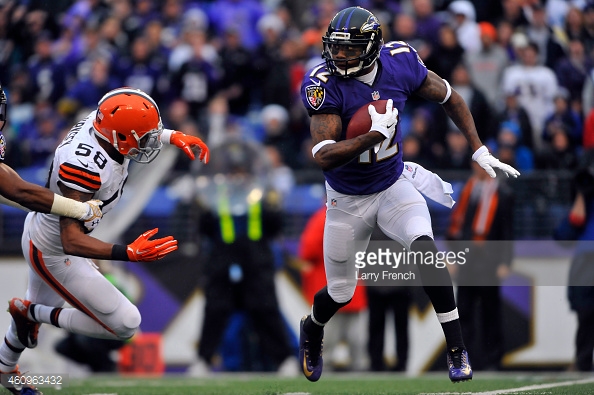 Remember when I said Isaiah Pead was the newest Steeler?

Jones was claimed off waivers yesterday and is expected to become, at the least, the Pittsburgh Steelers’ newest kick returner. As he tells Teresa Varley of Steelers.com, at first, he didn’t believe it.

“The first phone call I got I thought somebody was messing with me. I was like who is this?”

Jones may have never put on a Steelers’ uniform until today, but his time with the Baltimore Ravens makes Pittsburgh a familiar atmosphere.

“I knew what I was coming to, a team that is going to fight, work hard, be great competitors, and they are contenders. You have a great quarterback, a great coach. I am here to just add my part, play my role,” he told Varley.

“I love to play ball and have fun playing the game and meeting new brothers. I have a whole new family now. I am embracing it.”

Jones was listed as the starting kick returner on the team’s updated depth chart and a co-punt returner with Antonio Brown. Jones has been prolific in both roles over his career with a career kick return average of 27.1 and punt return average of 9.9. He has struggled in 2015, however, averaging 21.4 yards per kick and finishing with negative four yards on five punt returns.

Only two of his nine kick returns have made it to the 20, a barometer many people used to judge Dri Archer, released in the signing. Seven of Archer’s 14 returns made it to at least that mark.

Jones will wear #15 for the Steelers.