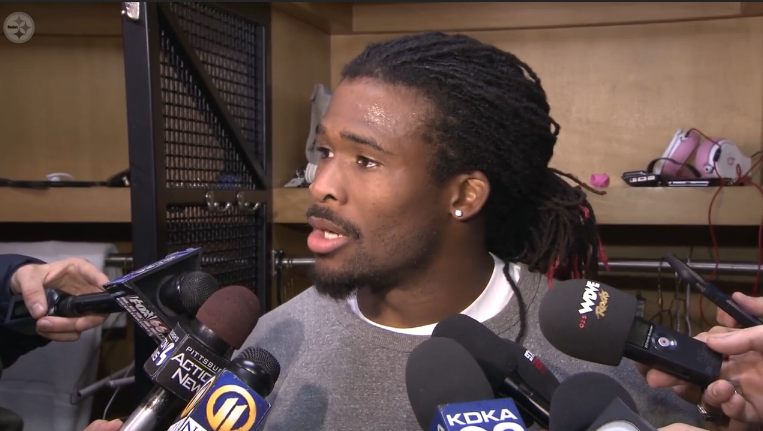 It comes under the worst circumstances. It’s next man up for DeAngelo Williams after Le’Veon Bell suffered a season-ending torn MCL in yesterday’s loss to the Cincinnati Bengals.

For Williams, the starting spot is a familiar one.

“For eight or nine years, I’ve been a starter in this league. And I started the first two games earlier in the season. So we’ve been here before,” he told reporters after the game. “I’ve been asked these questions before and I’m going to answer them like I did then. My main focus is that when 26 is not in there, when I’m in there, it doesn’t take any pressure off the defense.”

While Williams has always been confident about his ability, seeing Bell go down affected him like it did everyone else.

“He’s not just a teammate. He’s family. We’ve had a ton of conversations. We’ve hung out and stuff like that. It was tough to see him laying on the ground and hurt. My heart’s out to him.”

After not finding him at halftime, Bell had been taken to a local hospital by then, Williams said he planned on going to check on Bell after leaving the stadium for the night.

In the first two weeks of the season without Bell, Williams carried the ball 41 times for 204 yards and three touchdowns. It’s fair to expect a similar workload now.