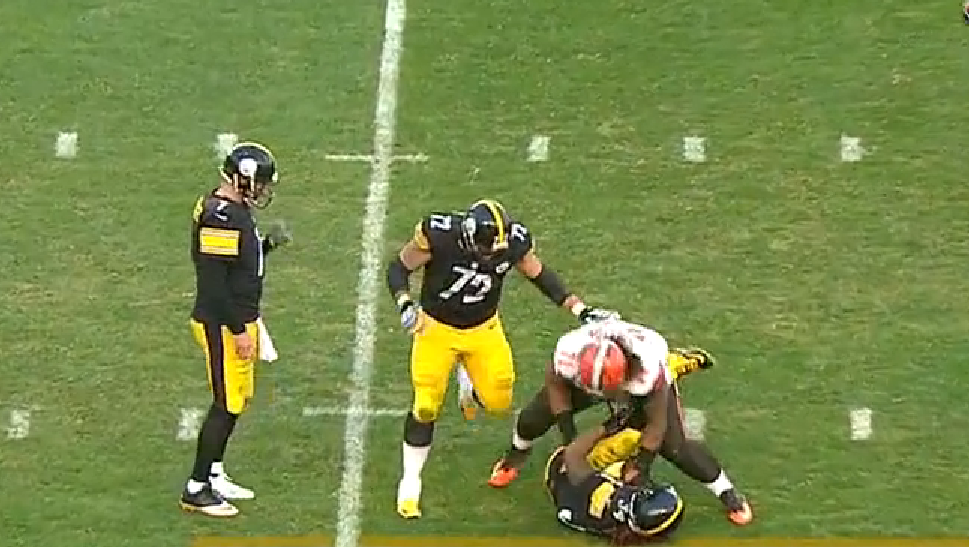 The second topic is more a question of maintenance, and it concerns the backfield, where the Steelers currently have the oldest starting running back in the league.

DeAngelo Williams, who was brought in to start the first two games while Le’Veon Bell served a suspension and then slide into a reserve role, has now started four games for the Steelers, including the last two, after Bell tore his MCL.

The veteran turned 32 in April, and is on pace to have the second-most carries he’s ever had in his 10-year career, trailing only the 273 carries that he had in his third season, when he rushed for 1515 yards and 18 touchdowns.

The veteran currently has 107 carries, but his averaging 21.25 carries per start. If he maintains that average over the course of the final six games, he will add another 128 carries to that total, bringing him to 235 for the season, surpassing his 219 carries in 2009 and 201 in 2013, the only two other seasons in which he has carried over 200 times.

Last season, of course, Williams was limited to just 62 carries after a string of injuries sidelined him for all but six games, going without scoring a touchdown for the first and only time of his career.

He also averaged just 3.5 yards per carry, the only year under 4.1, but this year, he is averaging five yards per carry, and has already scored five touchdowns. There is no way to criticize the work that he has done on the field for the Steelers through the first 10 games.

Simply put, the workload that the Steelers are asking from Williams is more than he has ever been asked to do on the professional level, and there is reason to doubt whether or not that production can be sustainable, whether through general degradation or injury.

Nobody is questioning Williams’ ability to play the game, but at the bare minimum, I am questioning the necessity to give him over 22 touches per start, including receptions, let alone the wisdom in doing so.

Jordan Todman was signed prior to the start of the regular season for a reason, but he has been given just four carries so far. The Steelers also signed Isaiah Pead, and I’m hoping that they were using this bye week to get them fully prepared to take some of the load off of Williams’ shoulders down the stretch.