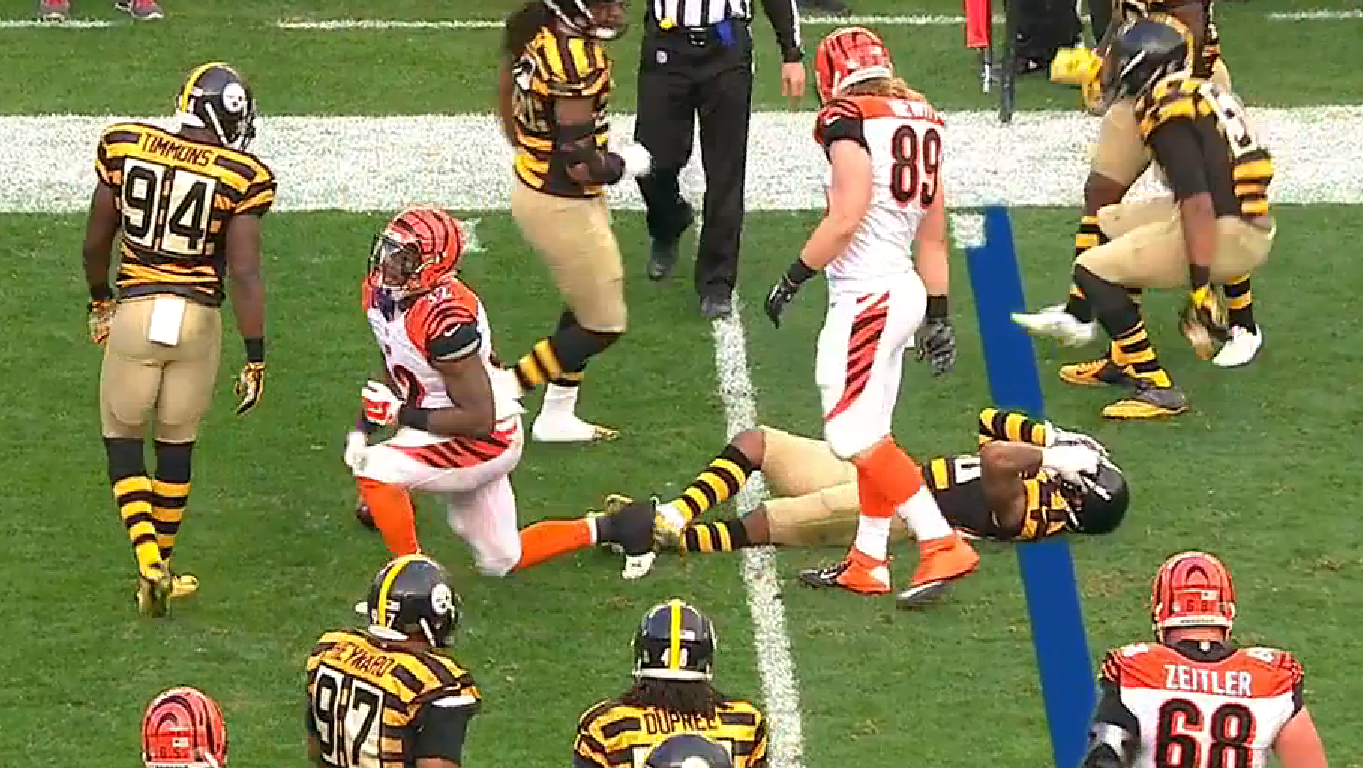 The first topic might seem like pandering to a rabid audience, but it seems to me one of the more pertinent questions to be asked about the team right now, and I don’t propose to have the right answer, nor do I suggest that there is one.

The Steelers put Antwon Blake in the starting lineup in the week leading up to the regular season opener, and has now started every game, logging nearly every snap short of the goal line package when ‘healthy’.

But how healthy is he, really? Blake was quoted earlier this season as saying that he was beginning to feel healthier, and that he was able to play more comfortable, but he clearly continues to deal with some type of injury, donning a cast and having it mentioned during the broadcast of the last game.

Blake earned a reputation on the team, and among the coaches, of being a big hitter in a little package. That is perhaps what stuck out most from his 2014 tape, the tape that helped get him into the starting lineup in 2015.

While his size will have always precluded him from being among the most efficient tacklers from the cornerback position, there has often been a stark absence of physicality from his play this year, highlighted last week by a seeming avoidance to make contact on a wide receiver near the goal line.

A number of times he has tried to tackle with his shoulder while evidently favoring his arm and trying to keep it out of contact. All of this has translated into a very high number of missed tackles, with estimates putting him on top of the league in that category among all defenders at every position.

The question that the Steelers should be using this time to consider is whether or not he is healthy enough, and playing well enough, to justify leaving him in for nearly every snap of every game.

While he has produced a forced fumble and two interceptions—one in the end zone and the other returned to the opposite end zone for a touchdown—he has been a liability often as a tackler, and he has also been targeted more than any cornerback in the league, giving up more yards than anybody.

The next man up on the depth chart would be Brandon Boykin, a slot corner. But the Steelers obviously like William Gay in the slot during the nickel, and they also like the rhythm and rapport that their three cornerbacks have already established together, so that isn’t something that you want to tamper with for no good reason.

I’m fully aware of what the comments section of this article will look like, with the majority saying that Blake should be benched altogether, perhaps some continuing to maintain that Boykin is clearly team’s best corner and should play every down and wherever he wants.

But I ask that you consider this question thoughtfully and realistically, also knowing full well that in all likelihood, as Carnell Lake said, it would require a drop in performance for Boykin to get on the field.