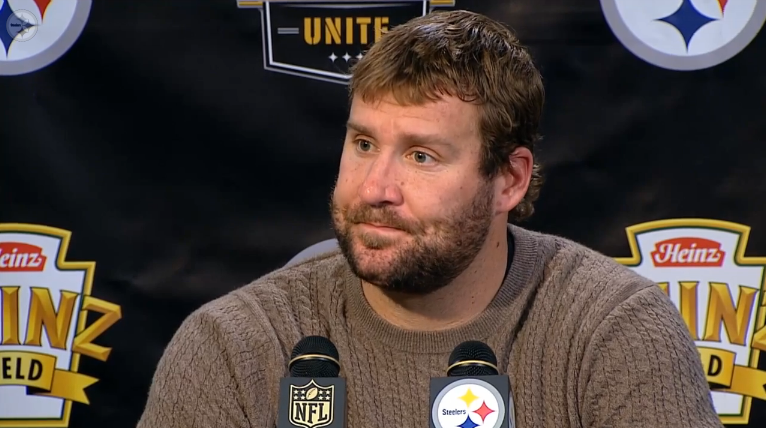 It was supposed to be Landry Jones’ show.

Until it wasn’t. And then it was Ben Roethlisberger’s spotlight. He yet again who shined in it as he’s done so many times before.

But after the game, Roethlisberger deflected and heaped praise on the third year quarterback.

“He is, above the shoulders, as smart and as sharp a football player and quarterback as I’ve ever been around,” Roethlisberger told the media following the Pittsburgh Steelers’ 30-9 win.

“I think it’s a credit to his hard work and dedicaiton, determination. He’s always in the meeting room, he’s always bugging our quarterbacks coach, Coach [Randy Fichtner] because he’s constantly doing more and more. It shows because he stepped up when his number’s been called and he’s been ready to play.”

I mean, there’s praise and then there’s praise. Call it hyperbole, call it the adrenaline from the game, but Roethlisberger looked deadly serious when he said it. There’s no doubt Jones has been a cool customer in the pocket and even in limited work Sunday, showed positive pocket presence. If you were searching for a reason why Jones has been kept around longer than anyone thought or hoped, his intelligence would seem to be a great reason.

Roethlisberger also joked he had a new appreciation for the former players who backed him up in the past, realizing today how difficult of a job that is.

Jones will serve as the backup for the rest of the season, We have gone from wanting to see him cast off the island to feeling comfortable having him as second in command. Bruce Gradkowski’s contract expires at the end of the year and though it’s too early to think about such things, it’s unlikely he returns and Jones becomes a permanent fixture as the backup.