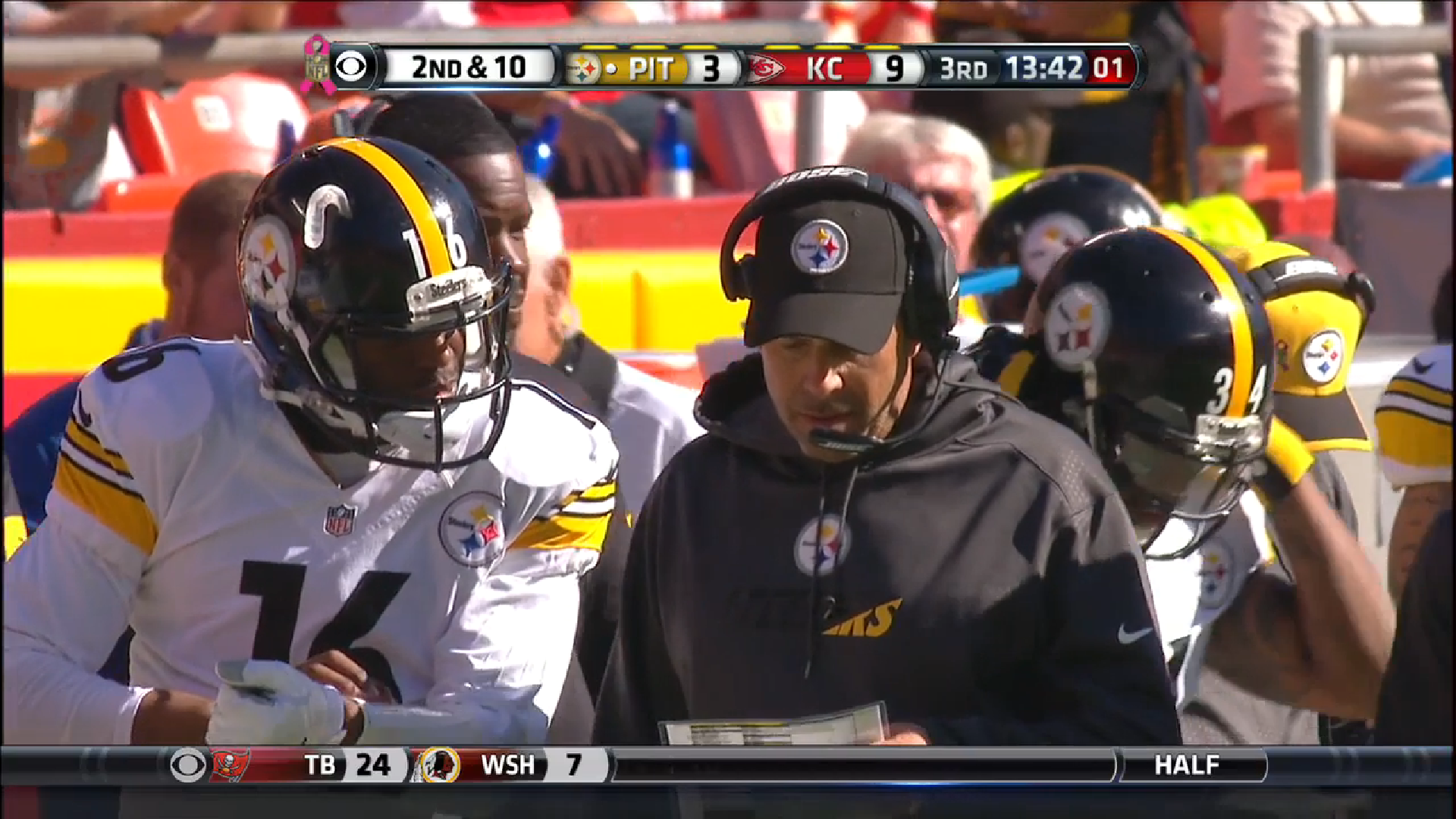 With Pittsburgh Steelers quarterback Ben Roethlisberger at long last getting the long-awaited ‘probable’ designation for the team’s upcoming game, it would seem that the likelihood of Landry Jones or Mike Vick throwing another meaningful pass this season is becoming less and less.

But what if Vick’s day in a uniform are numbered as well? After all, he was never in the Steelers’ plans to begin with, and was only signed after the team lost Bruce Gradkowski during the preseason and could not put faith in the untested Jones to take over as Roethlisberger’s backup just yet.

But both quarterbacks were called into action as Roethlisberger missed the past month, each making at least one start. By most accounts, it would appear fair to say that Jones was the more successful performer of the two.

Murphy, the undrafted rookie college quarterback-turned-receiver-turned-quarterback, spent the first two weeks of the season active as a wide receiver before being moved to the practice squad during a procedural roster move. He was called up last week to serve as a quarterback.

Vick injured his hamstring in his last start, and he is going to miss his second straight game, already ruled out for tomorrow. Murphy dressed the last game backing up Jones, but with Roethlisberger back, it’s unlikely he will be in uniform.

He does, however, contribute on special teams, which could give him an outside chance to dress, and that is more than could be said of Vick should he wind up as the Steelers’ third option at the quarterback position.

In that capacity, Vick would offer the Steelers minimal value, and the Steelers would offer Vick minimal value. But the likelihood is that, should he be released, he will have played his last down of football, or even dressed for the last time, unless a team is desperate for a body due to injury.

It is highly doubtful that Vick is in the Steelers’ plans beyond this season after signing him to a one-year, veteran-minimum deal out of desperation. Should they not move forward with Jones at the number two, nor re-sign Gradkowski, they will be in the market for another option.

Murphy, on the other hand, does figure to remain in their plans in some capacity, as they value his versatility at multiple positions, the diversity of play-calling that provides, as well as the potential for him to contribute on special teams.

Of course, there are a number of factors playing against the theory of the front office parting ways with Vick to allow Murphy to remain, serving as the third quarterback, and whatever role he can fill.

For one, it’s just unlike the front office to do so, and it has yet to even be determined if he has lost the backup job, though many believe he should. The fact that his status as a vested veteran has his admittedly low salary guaranteed also makes it less tempting to carry him, in addition to the fact that Murphy could be had on the practice squad to call up whenever necessary. But it’s an idea at least worth thinking about.