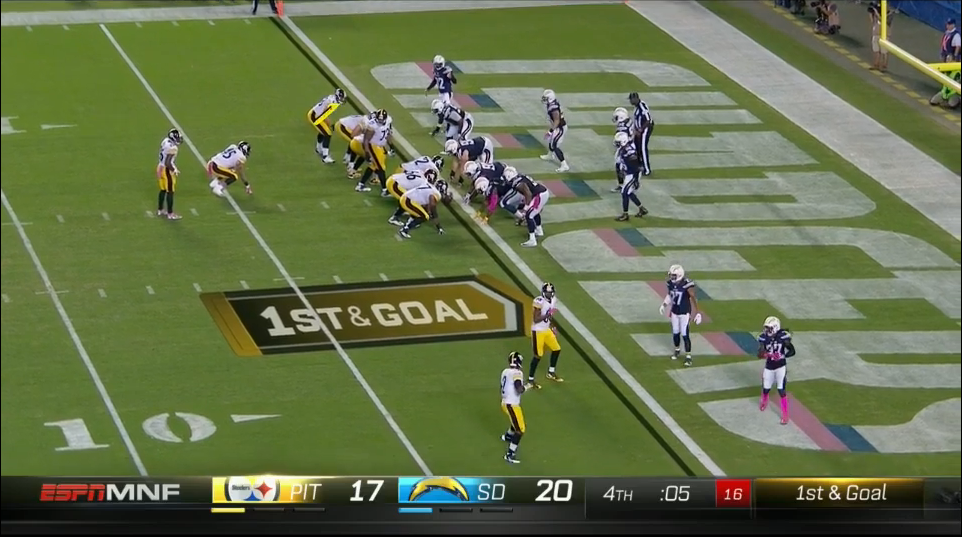 It was the decision I’m glad I didn’t have to make. Five seconds left, one timeout, ball on the one, down three.

What do you do?

The answer was never in question for Mike Tomlin.

Tomlin said he called the same play before and after the San Diego Chargers called a timeout. And even after one reporter asked if there was any chance of Bell throwing the ball if someone like Mike Vick was left wide open, Tomlin was very clear in what the call was going to be.

Having the best back in the league creates a little more comfort in the decision.

“We know what Le’Veon is capable of. You guys watch him week in and week out like we do. We got a great deal of confidence in his ability. There was no hesitation. He was our team MVP a year ago. He’s getting into form here in 2015. He was a significant contributor to that point in the game and our efforts offensively. We’re going to give him the ball.”

Bell, despite facing eight man boxes for the majority of the game, rushed for 111 yards and over five yards per carry. Despite missing the first two games of the year, he’s on pace to rush for ten touchdowns – two more than he has ever in his career.