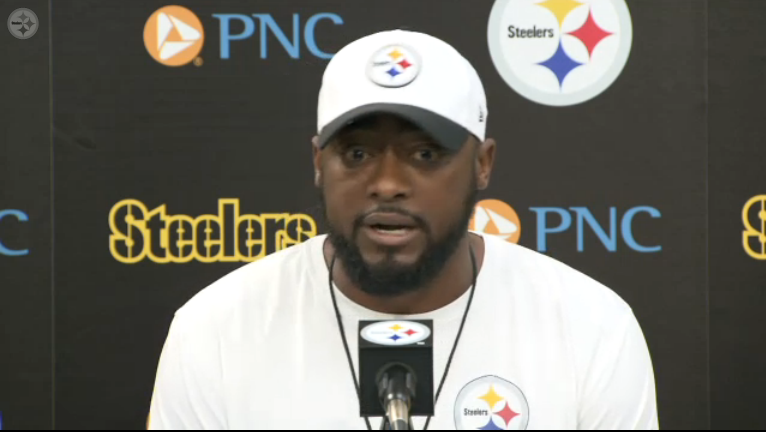 Mike Tomlin chose to play Mike Vick for the entire first half of Sunday’s win, resorting to Landry Jones only when Vick went down with a hamstring injury on the Pittsburgh Steelers’ first possession of the third quarter. No one expected Jones to play that well but there was certainly a growing feeling for Vick to be benched in favor of the third-year quarterback.

Immediately following the game, Tomlin stated he had not considered pulling Vick. He explained his reasoning during today’s press conference.

“Like I said after the game, [Jones] logged about as many preseason snaps as anybody in the history of the NFL, and really took good advantage of those repetitions like we all talked about during the course of the preseason. But I acknowledge that that’s just preseason. And preseason isn’t an indication of what regular season football is about. We were not shocked by his performance but we were pleased by it. Because doing it in a regular season game is a little different than doing it in a preseason game.”

It’s an unenviable spot to be in mid-game. Keep the struggling veteran who bounced back the week before, and had taken most of the practice reps, or the third-year QB who had never thrown a meaningful pass. No one expected Jones to play the way he did. In the moment, there were no easy answers.

As Tomlin noted, it’s enough to be happy to see a player succeed the way Jones did and offer a little bit of hope to the position, something the team hasn’t had since Ben Roethlisberger went down.