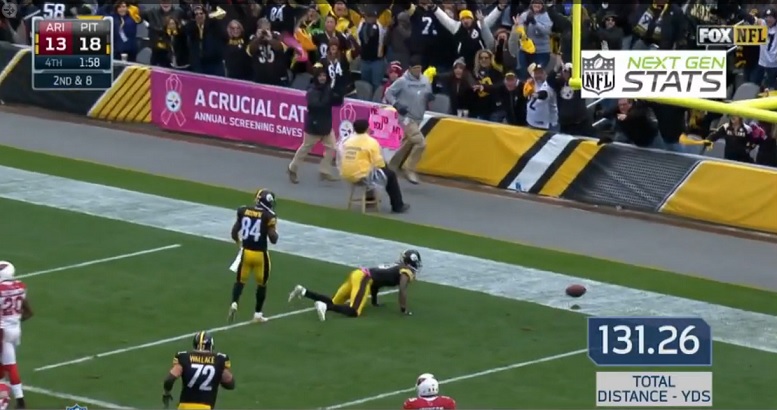 It was great to see Pittsburgh Steelers wide receiver Martavis Bryant back in action on Sunday against the Arizona Cardinals and he did not disappoint in his 2015 debut.

Bryant caught six passes in the game for 137 total yards and two touchdowns. His final score of the game is officially in the books as 88 yards, but the reality of the matter is that while he covered 78 yards on the football field after the catch, he actually ran a lot farther than that.

According to NFL Next Gen stats, Bryant actually ran 131.26 yards after catching the 2nd down pass from quarterback Landry Jones with just over two minutes to go in the game. The wide receiver still had enough him to flip into the end zone after running all that way.

Sunday’s long touchdown marked the third time during his career that Bryant has scored from 80 or more yards out. Needless to say, that won’t be the last time that happens.