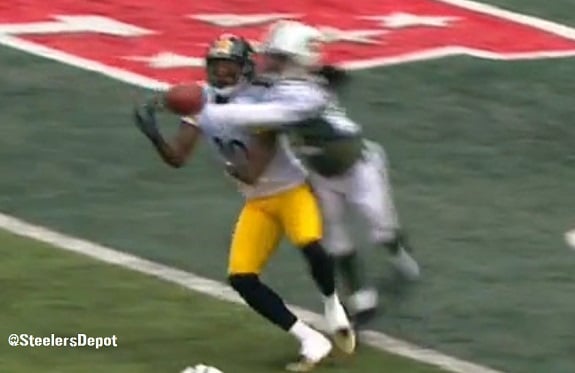 Prior to the Pittsburgh Steelers Monday night game against the San Diego Chargers, Gerry Dulac of the Pittsburgh Post-Gazette said on the DVE pregame radio show that it was in his belief that wide receiver Martavis Bryant might miss more than just the game that evening because of a knee injury that he suffered during his first practice back with the team following his four-game suspension. Wednesday morning, however, Bryant told the media that he feels good and that he anticipates practicing this week.

“I am ready to go,” said Bryant, according to steelers.com. “I am going to have a great week of practice and see what happens on Sunday.”

The Steelers didn’t have to include Bryant in their practice reports last week as he hadn’t been activated back to the 53 man roster after serving his suspension. That transaction has now taken place, however, so if Bryant is limited on Wednesday by an injury, we’ll know about it later on in the day.

“All I can do is focus on how I do in practice and what I put on my tape in practice and let the coaches decide on that,” said Bryant. “I am fine right now. I just want to move forward and get back to work today with practice.”

One would think that with the Steelers being on a short week that Bryant will need to practice fully at least twice if he’s going to play Sunday against the Arizona Cardinals. The Steelers could use Bryant’s big-play ability back on the field sooner rather than later, but it won’t be surprising should he ultimately not be able to make his 2015 debut until Week 6 against the Kansas City Chiefs.

Stay tuned to the site as the Wednesday injury report figures to spread more light on Bryant’s Week 5 status.