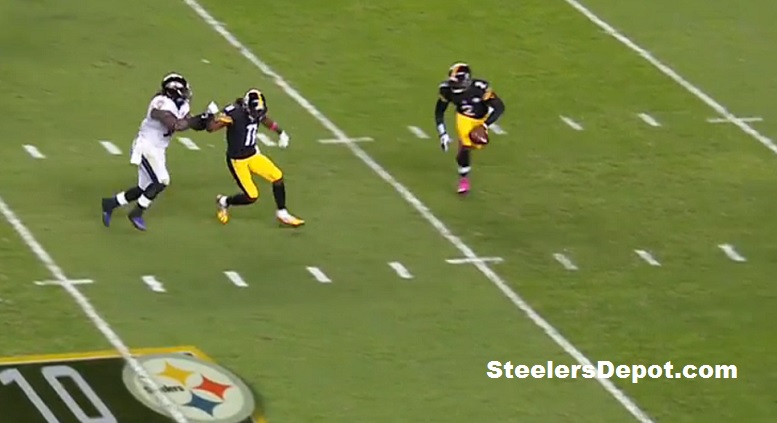 “I’m good, I’m good, should be able to go today,” Wheaton said Wednesday during his talk with the media.

Wheaton was then asked if he injured his ankle on the scramble by quarterback Mike Vick with 4:46 left in the second quarter and you can see that play below.

“I had rolled it early, the first or second play of the game, and then came back that play and hurt it again,” said Wheaton, who caught one pass for 18 yards against the Ravens. “Obviously I went down and was out for the game but I should be good to go today.”

Wheaton also said Wednesday that he looks forward to the offense getting wide receiver Martavis Bryant back on the field Monday night now that he has served his four-game suspension for violating the league’s substance abuse policy.

“I think everybody knows what he [Martavis] brings to the table,” said Wheaton. “So that’s a no-brainer.”

Wheaton, Bryant and Antonio Brown might be going against a banged up Chargers secondary Monday night as cornerbacks Brandon Flowers (concussion) and Jason Verrett (foot) are both currently dealing with minor injuries. Flowers was knocked out of the Chargers Sunday game against the Cleveland Browns with a concussion while Verrett didn’t play at all in that game despite him not being on the pre-game inactive list.

The Steelers first participation injury report of the week will be released later on Wednesday.