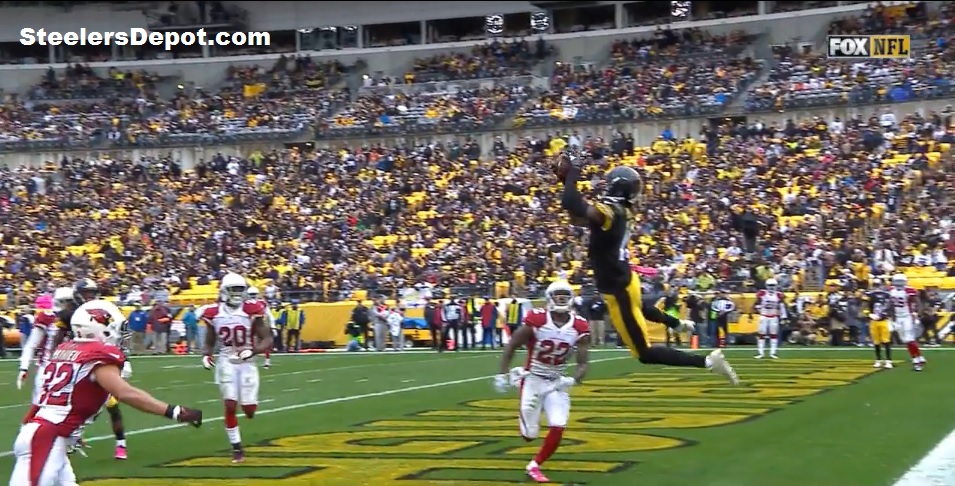 I’ve already shown you the five big throws that Pittsburgh Steelers quarterback Landry Jones made in the second half of Sunday’s win over the Arizona Cardinals and while he only attempted 12 total passes in those two quarters, I thought you might like to see his passing chart.

For starters, Jones was 3-of-6 on passes that he threw 15 or more yards past the line of scrimmage. That definitely is acceptable and especially being as veteran Mike Vick struggled with his longer throws over the course of the last several weeks.

Amazingly, all of Jones’ throws against the Cardinals went past the line of scrimmage. Two of his four incompletions were corner end zone routes and those are easy to see on the chart as both traveled 15 yards.

We haven’t seen a Steelers passing chart such as the one below since starter Ben Roethlisberger went down injured so Jones certainly deserves every bit of credit and praise that he is currently getting. The stats, tape and charts all show that he played very well against the Cardinals.