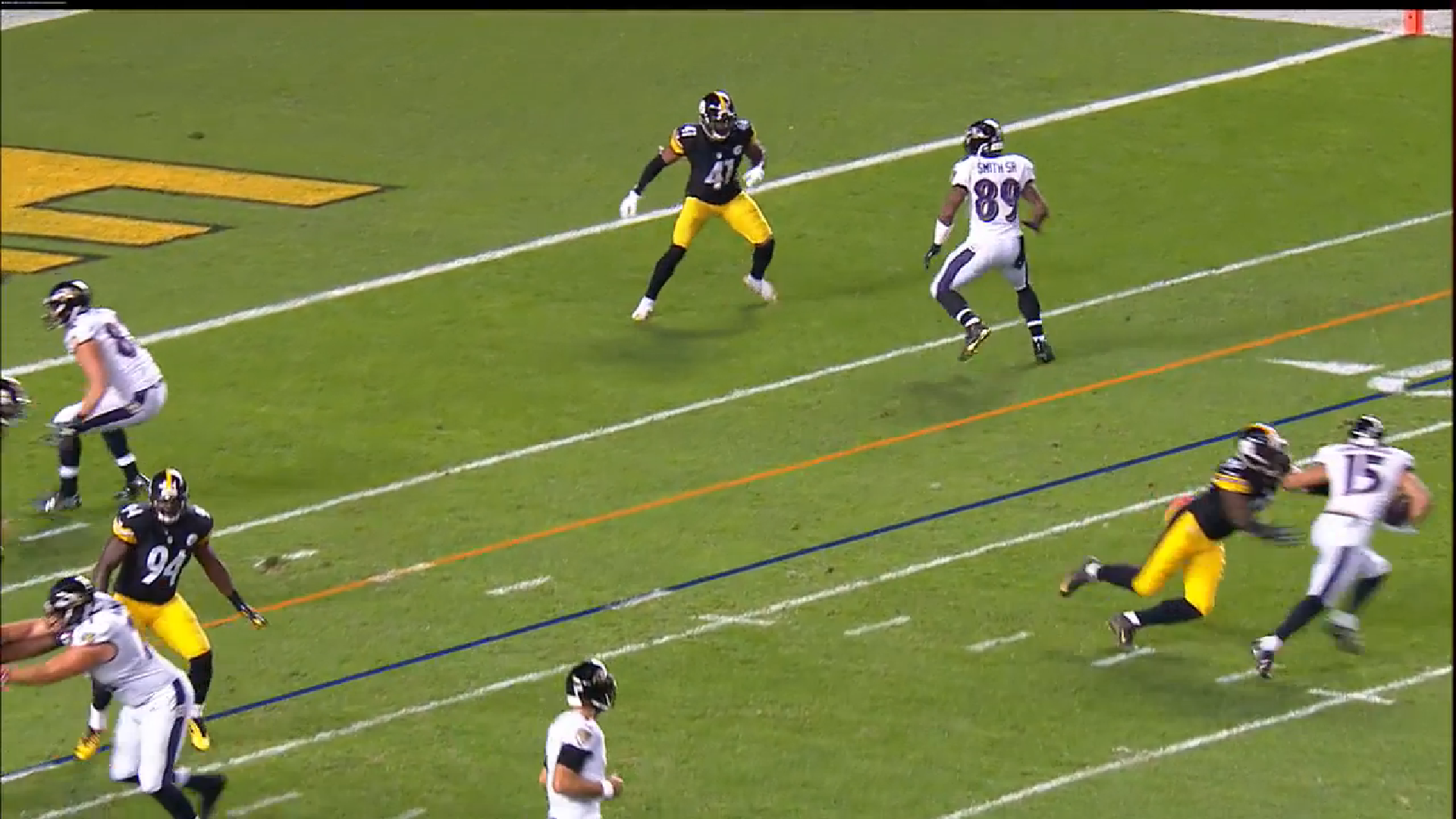 I am not speaking in hyperbole, nor am I making a revelation, when I say that the Pittsburgh Steelers have been plagued with poor tackling on the defensive side of the ball through the first quarter of the 2015 season, an issue that is not only contributing to their defensive struggles it an issue that has been trending upward for several seasons.

Many in the media have pointed to a decrease in tackling efficiency league-wide, citing high-profile cases in primetime games as their body of evidence, and while there may be some kernel truth to it, there is not as of yet a convincing sample size to make such a conclusion.

Some select Pittsburgh media have taken the opportunity to hand-waive the Steelers’ tackling issues by portraying fundamental technique as a league-wide epidemic, the implication being that the Steelers are not an outlier, nor a unique case.

But they may well be.

In fact, according to Pro Football Focus, the Steelers are on pace to register a disturbing 220 missed tackle on the season if we pro-rate their 55 missed tackles through the first four games. Using their data, there are only two other teams throughout the league that have registered even 40 misses tackles, and only one of them, the Oakland Raiders, even begins to sniff Steelers territory with their total of 46, which is still nine shy of the Steelers’ mark.

Through four games, the Raiders have logged 304 defensive snaps as a team, which would translate their 46 missed tackles to a rate of one every 6.6 plays. The Steelers have played a bit less—283 snaps—but their 55 missed tackles translates to nearly one on every five plays, or 5.145 plays to be more exact.

This is a startling lack of efficiency for a Steelers team that once boasted the most fundamentally sound unit during its heyday in the mid- to late 00s. Even last year’s 107 missed tackles, and the 110 from the year before, pale in comparison to the pace they are setting this year, which is more than the 217 missed tackles combined over the past two years.

And those marks already set new highs, or lows, depending on your perspective. Throughout much of the Super Bowl era, the defense typically settled in the 65-85 range in missed tackles, and that was often the high bar set around the league.

In 2015, the Steelers are setting a different type of benchmark, the one that 31 other teams are trying to avoid reaching themselves. At the moment, the majority of teams will have registered around 35 or so missed tackles, which is substantially lower than Pittsburgh’s mark, while a handful of teams have less than 30.

The odd push to trivialize the Steelers’ very real defensive concerns about missing tackles by attributing it to some ethereal league-wide phenomenon is short-sighted and simply inaccurate. This defense has a legitimate problem that will not be corrected overnight and that will cost them from time to time this season. There’s a reason that we here feel compelled to take a look at missed tackles on a weekly basis, and it’s not sadism.