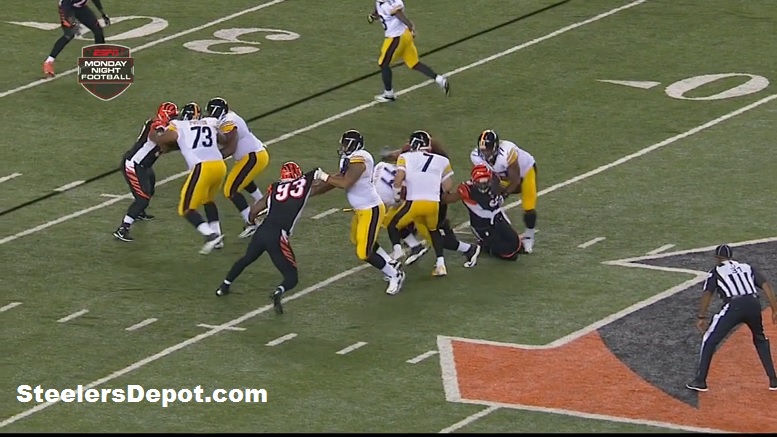 Quietly, Pittsburgh Steelers tackle Marcus Gilbert has put together a solid season as the former second-round draft pick has only given up one half-sack in the team’s first seven games, according to our very own Alex Kozora. While Gilbert has faced quite a few of the league’s top pass-rushers so far this season, he’ll really be tested Sunday at Heinz Field as he’ll be in charge of protecting quarterback Ben Roethlisberger from Cincinnati Bengals defensive end Carlos Dunlap.

Gilbert and Dunlap should know each other well by now as not only have they squared off several times on Sundays during their professional careers, they were also college teammates at the University of Florida. Dunlap enters Sunday’s game tied for the league-lead in sacks with 6.5 and he’s only been shut out once so far this season in that statistical category.

“Oh yeah, obviously I’m familiar with him,” Gilbert said of Dunlap on Thursday. “I’ve been playing against him for years now and I also played with him back in college. So it’s always a fun matchup because we train in the offseason together.”

Last season, Gilbert faced Dunlap just once and he held him sackless in the Week 17 game. In the two previous games that Gilbert has faced Dunlap, he gave up just one half-sack and that came in Week 2 of the 2013 season. You can see the replay of that half-sack below.

Four of Dunlap’s sacks so far this season have come on third downs, so that most definitely will be a scenario to watch this coming Sunday. If Gilbert is once again able to keep Dunlap away from Roethlisberger and his left leg, it will go a long way in helping the Steelers come away with a victory.