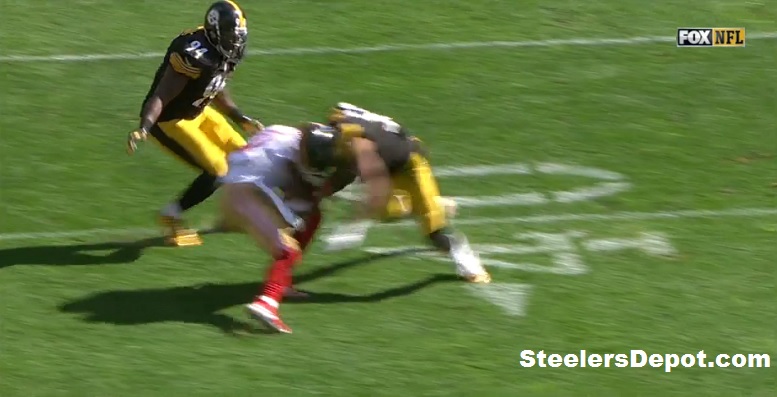 Is this the week that Pittsburgh Steelers linebacker Ryan Shazier finally makes it back on the field? By the sound of things, it really looks like that just might happen this Sunday against the Kansas City Chiefs.

“Definitely hoping this is the week I can get back,” Shazier said on Wednesday.

The former first round draft pick was listed as a full participant on the teams Wednesday injury report and after practice Shazier was asked if he was limited by his shoulder or neck in any way.

“I did everything,” said Shazier. “I had a full practice, so it felt really good to be out there.”

Shazier is currently sporting one of those throwback neck rolls during practice and he was asked about that on Wednesday.

“They want me to put it on, they feel like it will help, so I’m going to wear it,” said Shazier. “So whatever I got to do to be able to be out there on the field.”

Despite him looking like he has traveled into the future with his old school neck roll, Shazier is having a little fun with his throwback look.

“I was telling a few of the guys I look like Goldberg from ‘The Longest Yard,’ or some of the older linebackers,” Shazier said.

Shazier hasn’t played since he registered a career-high 15 total tackles in the Steelers Week 2 win over the San Francisco 49ers.