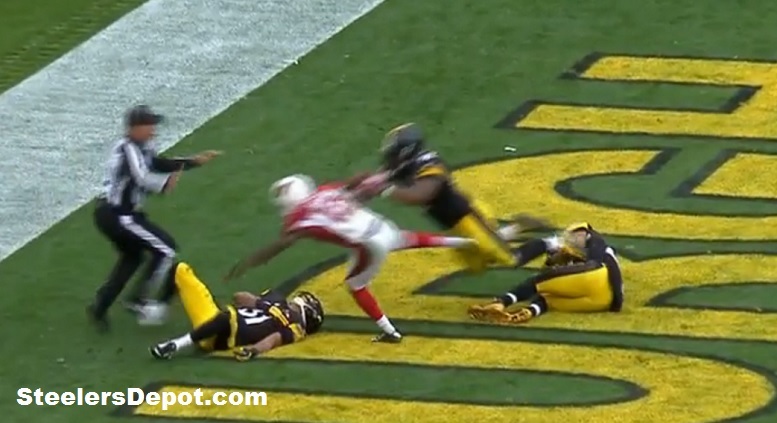 Its been a while since Pittsburgh Steelers linebacker James Harrison has been fined by league, but that’s likely to change next week.

Following the Sunday fourth quarter interception in the end zone by Steelers safety Mike Mitchell against the Arizona Cardinals, Harrison proceeded to level wide receiver John Brown as he attempted to touch Mitchell down. Harrison was subsequently flagged for unnecessary roughness on the play.

After the game, Harrison was asked about the penalty and as expected, he let it be known that he has an issue with it.

“Didn’t like that call at all,” Harrison said, according to Ken Laird of the Pittsburgh Tribune-Review. “Don’t see how they can call that. We’ll see if I have to raise any hell.”

Harrison had a very nice game Sunday against the Cardinals and it included him forcing a Brown fumble with 10:30 left in the third quarter. He ended the game with 4 total tackles and that included a sack. He also drew a holding call in the game as well.

We’ll have to wait until early next week to see if Harrison will be indeed be fined for his actions as those FedEx deliveries normally take place on Tuesday or Wednesday. One thing’s for certain and that’s that Harrison will be appealing any fine he may receive and quite honestly you can’t blame him.