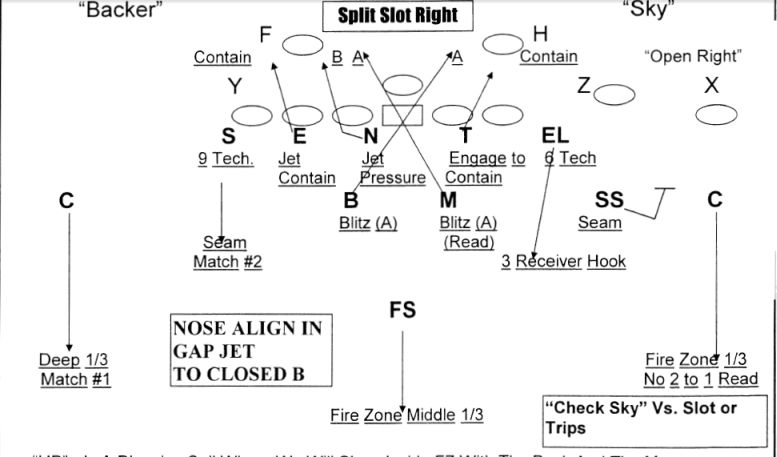 One of the main storylines from yesterday’s 23-13 loss is the lack of pressure on Alex Smith. The Steelers brought him down just twice, generating pressure only a handful of other times. But for this film room, we will break down one of the times the Steelers’ defense was able to crack the code and get to Smith. And it came via a Dick LeBeau staple, the Fire X blitz.

We’ll pull it from his 2002 Cincinnati Bengals‘ playbook, as you know I love to do. Here it is drawn up. 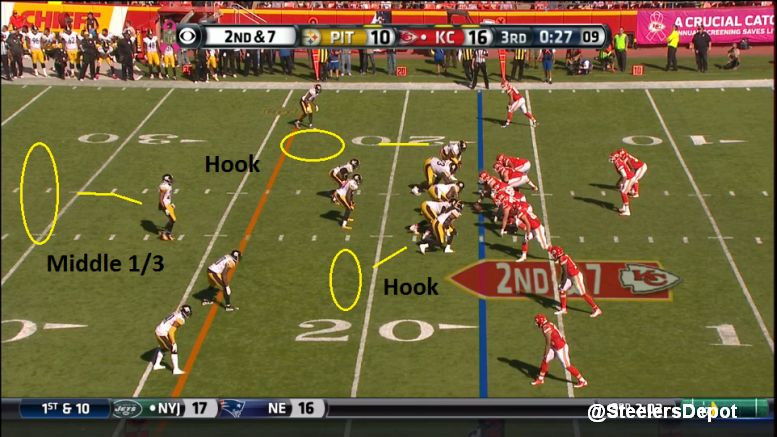 Basic Fire Zone principles, rushing five with a Cover Three shell. The inside linebackers are going to twist and rush each other’s A gap. Each outside linebacker will drop into coverage. Arthur Moats takes the running back on his angle route while Jarvis Jones has #3, Travis Kelce, getting a nice jam on him off the line.

A lack of Coaches Film doesn’t let us get too in-depth with this but we see some elements of pattern reading in the secondary. Away side corner man-clue on #1 (carry #1 vertical) with the blitz side corner and safety trapping (Palms coverage) #2 should he run out. If both #1 and #2 go vertical, the CB and safety carry each vertically.

The defensive line’s job is to contain rush, not allowing the QB to break contain when the interior pressure comes. That’s what you see from Cam Heyward and Cam Thomas. Each rush the C gap, essentially setting the edge as pass rushers to keep Smith in the pocket. The center’s eyes draw to nose tackle Steve McLendon initially, unable to adjust to the twist from the inside linebackers.

It’s a little hard to see without coaches tape, which isn’t available yet. But you should get the idea. 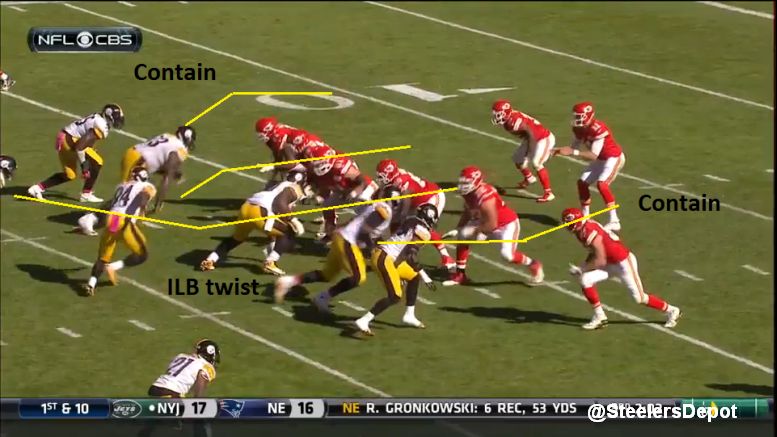 These creates two things you love as a defense.

1. Chaos, forcing lineman to have active eyes and be quick to respond to the blitz.

2. Interior pressure, disrupting the clean pocket all quarterbacks want to have. A QB can step up against pressure coming around the edge. There aren’t as many options when the pressure is coming at your face.

The Chiefs’ OL is confused, fails to pick up either linebacker, and the sack is deservedly split between Ryan Shazier and Lawrence Timmons. It takes Kansas City from a 2nd and 7 to a 3rd and 16, forcing a punt, and giving the Steelers the ball back. 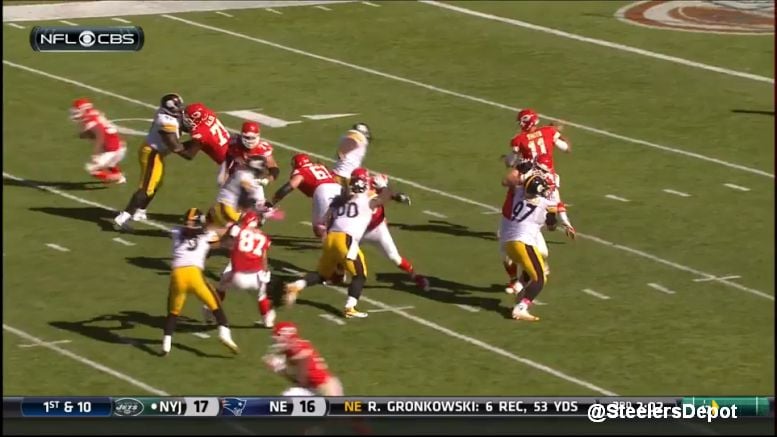 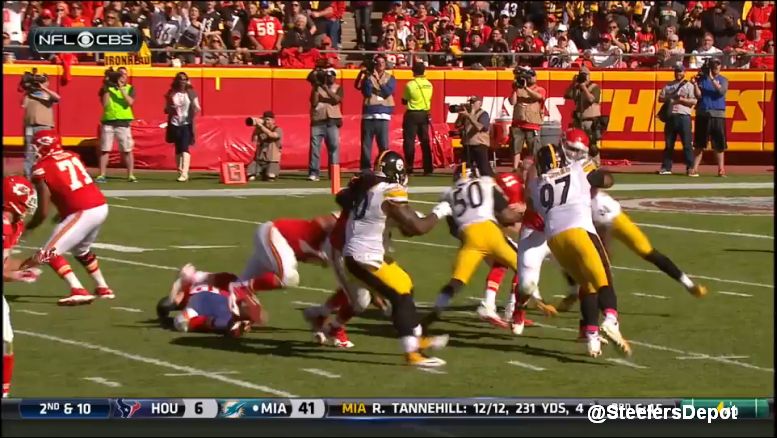 This is a blitz we haven’t seen much under Keith Butler. But it’s nice to see it has remained in the playbook and is one of many fire zone blitzes we’ve seen him use this season.