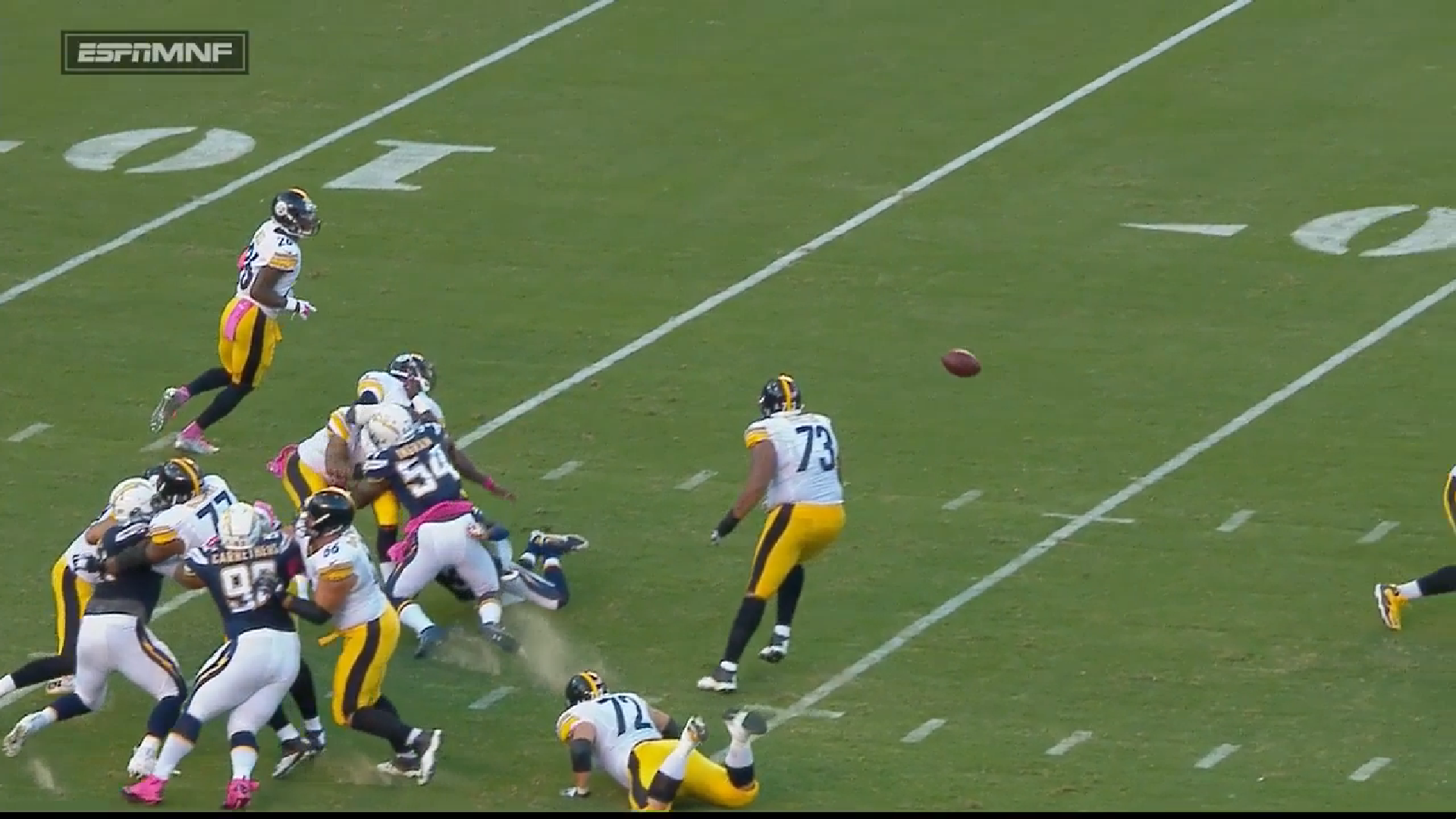 We recently learned that the Pittsburgh Steelers are now seriously in jeopardy of being without All-Pro center Maurkice Pouncey for the duration of the 2015 season after the sixth-year lineman suffered complications during his recovery from a fractured fibula that required additional surgery.

In the meantime, the Steelers have turned to veteran journeyman Cody Wallace to fill in at center, for what they initially hoped would be about half of the season, but may now be a year-long job.

A critical analysis of his performance throughout the course of this season reveals a player that is clearly not up to par with the rest of the starting offensive line, and is holding the unit as a whole back. Pass protection in particular has experienced a notable drop off.

On the bright side, Wallace is coming off his best performance of the season, perhaps of his career, as a run blocker, strictly speaking in that capacity. But on a team with a quarterback such as Ben Roethlisberger, it is pass protection that is valued most, and that is what we will be focusing on in this article, looking back at his work in the passing game against the Chargers.

To his credit, Wallace’s first rep in pass protection was a good one, coming on second down with Mike Vick rolling out to his left and hitting Heath Miller under pressure for a 26-yard gain. It wasn’t Wallace who gave up that pressure, however. He more than held his own against nose tackle Sean Lissemore, putting him on the ground as he tried to turn the corner.

Unfortunately, he did not fair nearly as well on the first snap of the Steelers’ second series. Wallace began the play working a double team with the right guard, which turned into a triple team as outside linebacker Melvin Ingram looped inside, blowing past Wallace through the A gap to put a bruising hit on Vick, who nearly fumbled the ball in his attempt to throw it.

Just two minutes later on the same drive, facing a third and six, Ingram got the journeyman again, bull rushing him with a jogging head start and getting the lineman’s feet churning backward. Ingram disengaged once he cleared the pocket and chased Vick to the sideline, where he was ultimately knocked out of bounds for a sack.

Early in the second quarter, the Steelers quickly went three and out on a drive that began with a busted running play. Vick fired wide on third and six, but that throw was influenced partially by Wallace’s getting bull rushed and quickly losing ground up the middle.

Into the third quarter, the veteran did show some adeptness playing in space, successfully chipping at the second level on a short pass over the middle to Miller that picked up four yards. It is this type of ability to make blocks away from the line of scrimmage that is most missed in Pouncey’s absence.

Unfortunately for Wallace, he was gotten the better of on the next snap, which was third and 10, by a reserve end who managed to put him on skates and looked to be winning inside with a swim move as Vick released the ball, which was nearly intercepted. It is imperative especially with a backup at quarterback to keep him from throwing under duress, which results in inaccuracy and poor decision-making.

Facing yet another third and long early in the fourth quarter, Wallace failed to provide assistance for either guard with both down linemen stunting inside. The left defensive tackle crashed inside the right guard, which Wallace needed to assist with as the right defensive tackle looped around outside of the right guard. The result of the play was another poorly thrown pass that was nearly intercepted.

Wallace showed well in the running game against the Chargers, but his work in pass protection left much to be desired. This is not an undue criticism by any means, nor is there an obligation to grade on a curve because he is supposed to be a backup.

At this moment, and perhaps for the remainder of the season, Wallace is the starting center for the Steelers, a player who has two years into the system already to go along with prior starting experience.

The fact of the matter is that his pass protection is not at the level it needs to be for a team with championship aspirations. It can be, but there are things that need to be cleaned up first, starting with his post-snap communication with his guards.