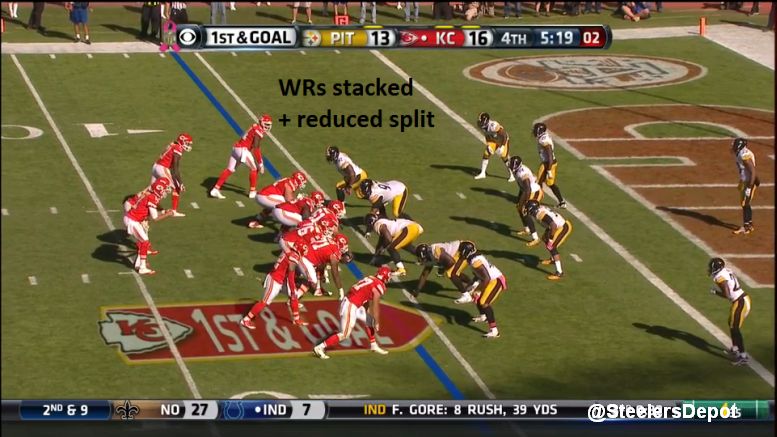 It was the play that put the Kansas City Chiefs ahead comfortably, 23-13, with only five minutes left. That’s a good word to use for it – comfort – because of how darn easy it was for Chris Conley to score Sunday afternoon. We’ll go to the tape and break it down.

The alignment here is important. It dictates the coverage. The Chiefs stack their two receivers in a reduced split, tight to the formation. Pittsburgh counters with Antwon Blake and Robert Golden while dropping James Harrison into coverage.

Blake and Golden appear to make a “Cleo” (verbiage changes from team-to-team, obviously). Because the split and stack doesn’t define a clear #1 or #2, this call creates the assignment.

Chris Ash, the defensive coordinator at Ohio State, explains it here to one of my favorite football sites, Xandolabs.com.

And here is the coverage drawn up. 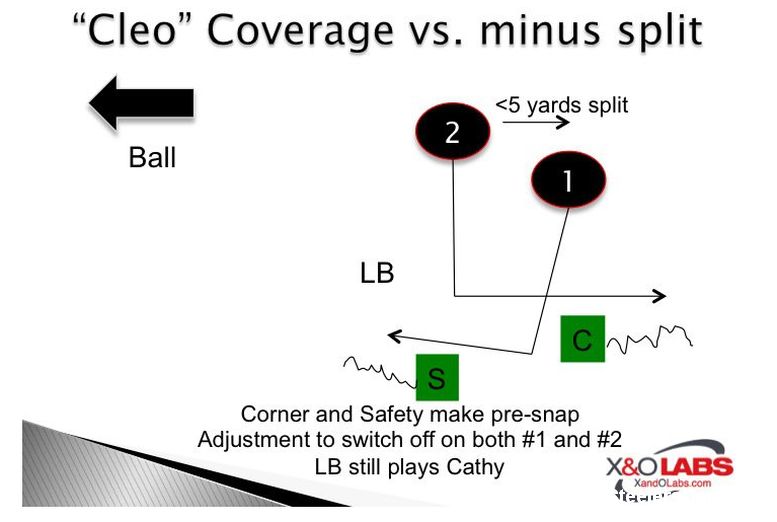 The Chiefs’ actual route concept is Conley on an arrow route into the flat and the tight end running a stick route. That ends up being two out routes but with Conley’s being immediate (first outside) he is definitely Blake’s responsibility with Golden taking the stick.

Now that we know the coverage, we can take a peek at technique. Blake continues to struggle with it on the goal line, from the touchdown given up to Michael Floyd last week to this play. Blake can’t be pedaling and giving ground on the goal line with that kind of pre-snap cushion. Stay flat-footed and read the three-step game, allowing him to break on the ball quicker. 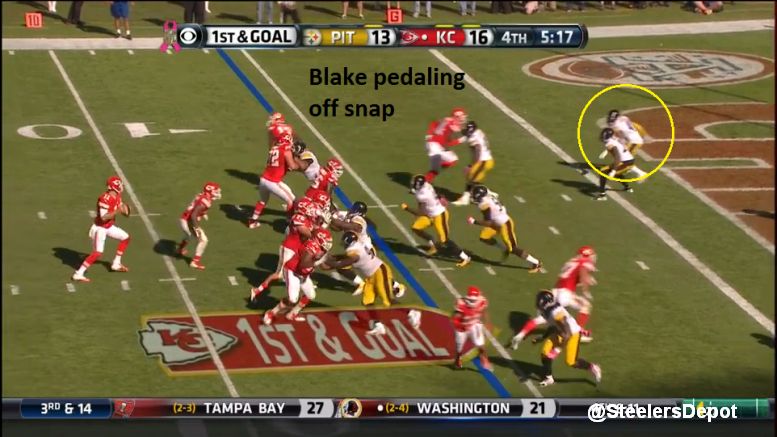 And while Blake is trying to take an angle to where Conley is going to end up, he takes far too long mioving laterally instead of getting downhill and closing the space between he and the receiver. Conley is at the one yard line before Blake even has a remote chance of diving at him. It, of course, fails and the Chiefs score. 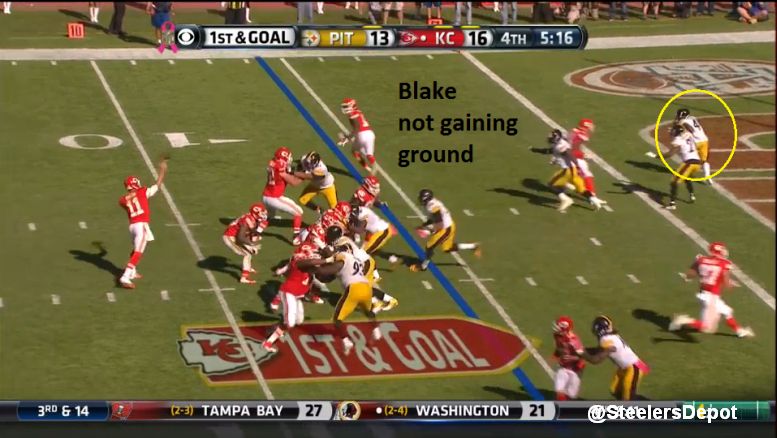 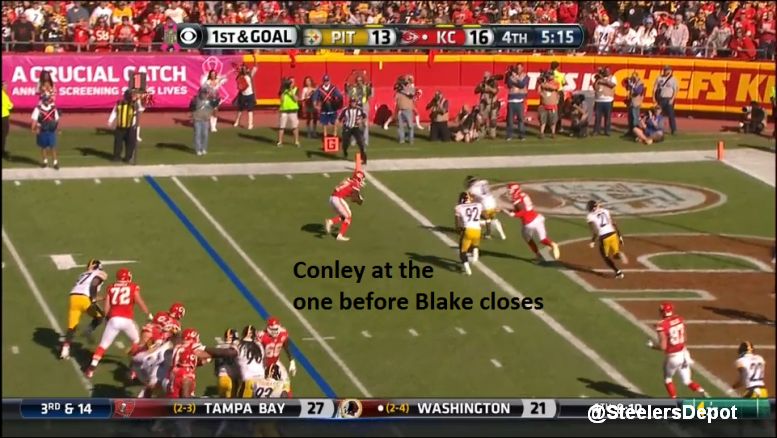 Like virtually everything we describe here, it’s a lot easy to call out criticisms with the benefit of hindsight and a frame-by-frame breakdown of each play. But the coverage is sound and generally effective. The execution, namely Blake’s technique, is less so. And ultimately, you can call the best scheme in the world. It won’t matter if you can’t execute.